This game about brains takes Wellcome Trust’s message on Neuroanatomy to the masses.

The Wellcome Collection is one of London’s leading exhibition spaces featuring curated shows exploring the connections between medicine, life and art. As part of their engagement remit, the Collection has a portfolio of free online games designed to extend the reach of the subjects and themes from their exhibitions.

Following the success of our High Tea game for their High Society exhibition, the Wellcome Collection commissioned PRELOADED to produce a game to accompany their latest show, Brains: The Mind as Matter. This major exhibition explored one of the most complex entities in the universe – the human brain and what humans have done to brains in the way of medical intervention, scientific enquiry, cultural meaning and technological change. Featuring more than 150 objects including real brains, artworks, manuscripts, artefacts, videos and photography, Brains follows the long quest to manipulate and decipher the most unique and mysterious of human organs, whose secrets continue to confound and inspire.

Axon is a fun and engaging game experience which offers players a rare glimpse of how the brain is formed and an ‘inside the brain’ introduction to the strange world of neurons, proteins and axons. 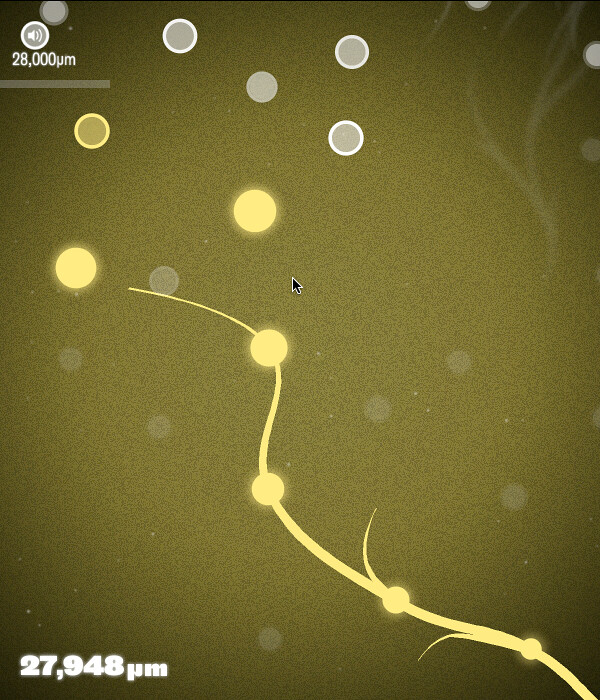 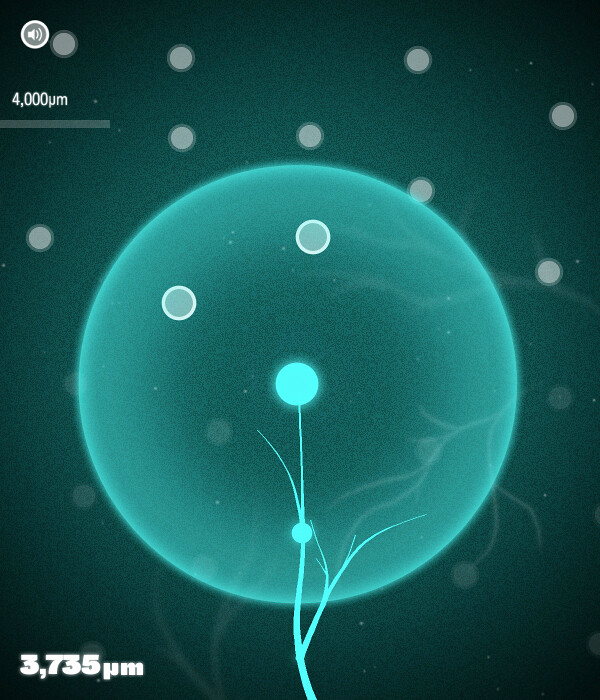 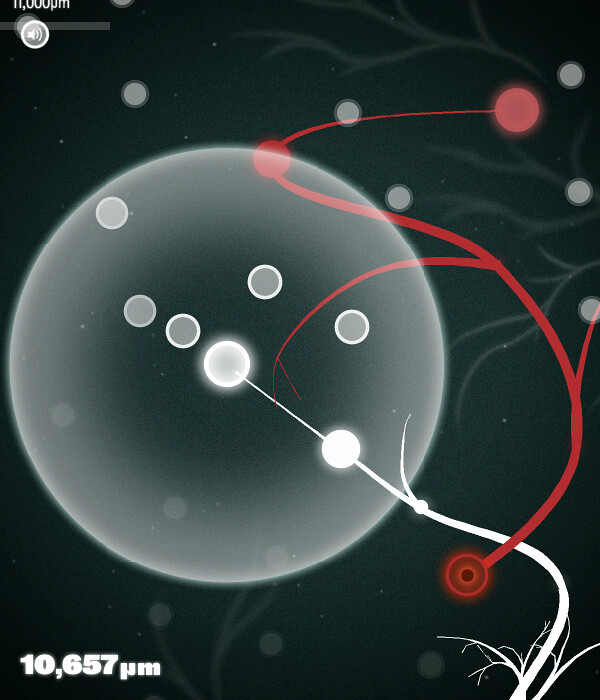 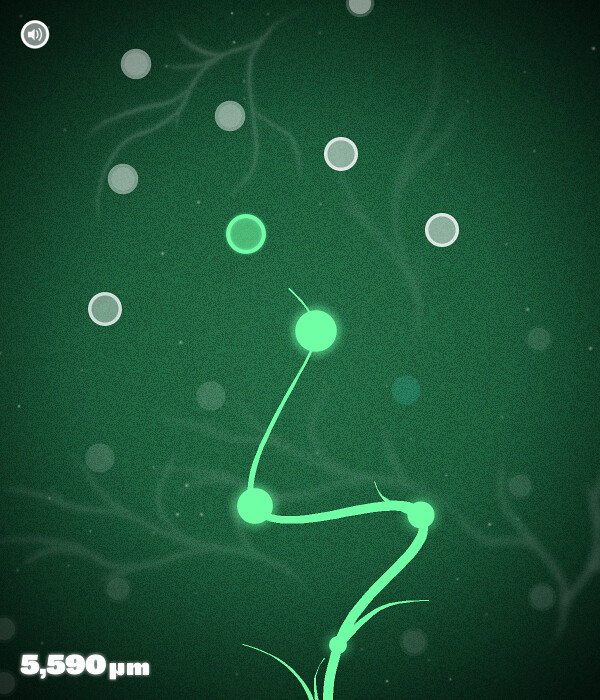 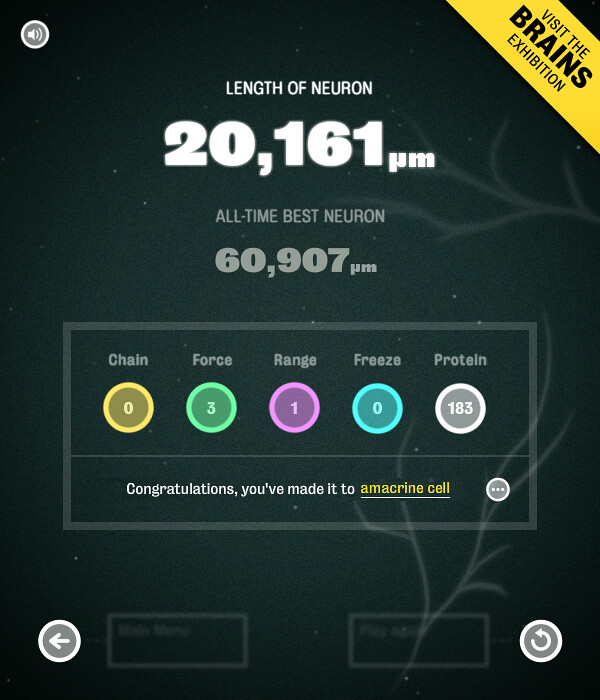 GAMES WITH REAL ROOTS IN SCIENCE

The game challenges players to grow their neuron as long as possible; climbing through brain tissue, outcompeting rival neurons and creating as many connections to distant regions of the brain as they can.

Taking the anatomy of the brain as a starting point, and a video showing the microscopic growth of neurons in a chicken’s brain, the PRELOADED team combined scientific and game design expertise to create a challenging, enjoyable game that has its roots in real science. A concise explanation of the science behind the game, the video, and links to Wikipedia articles on neuroanatomy are included, as part of a holistic, scientific approach to casual gaming.

We worked closely with the exhibition curator Marius Kwint and neuroscientist Richard Wingate as well as the Wellcome Collection digital team to ensure the science learnings were fully embraced and embedded in the core of the game.

DESIGNED TO BE PORTABLE

Axon was designed for a mainstream audience, so it was critical to its success that it be portable and have a comprehensive online publishing strategy. We used games portals to seed, increase reach and encourage further distribution. In the first week of launch, AXON was played over 1 million times, and has had an overwhelming response from the gaming community, social media and journalists. Within the first month, AXON was played over 3.5 million times, making it one of PRELOADED’s most successful online published games.

With Flash no longer supported, it isn’t possible to host the game online in its original form. You can contact us if you have any questions, or browse our recent work here.