Cognition is the ability to think, learn, react and remember. It is the brain’s fitness and can be improved just as you would your physical fitness in a gym. The opportunities for games to make a difference during a child’s formative years, or in the professional workplace, are profound. Cognitive training could also reduce the impact of neurodegenerative disorders such as Alzheimer’s and Parkinson’s disease.

MyCognition is on a mission to measure and improve cognitive health. Working in close collaboration with their neuroscience and clinical psychiatry experts, we were asked to create a multi-platform game for commercial release and for use in the treatment of specific medical conditions. 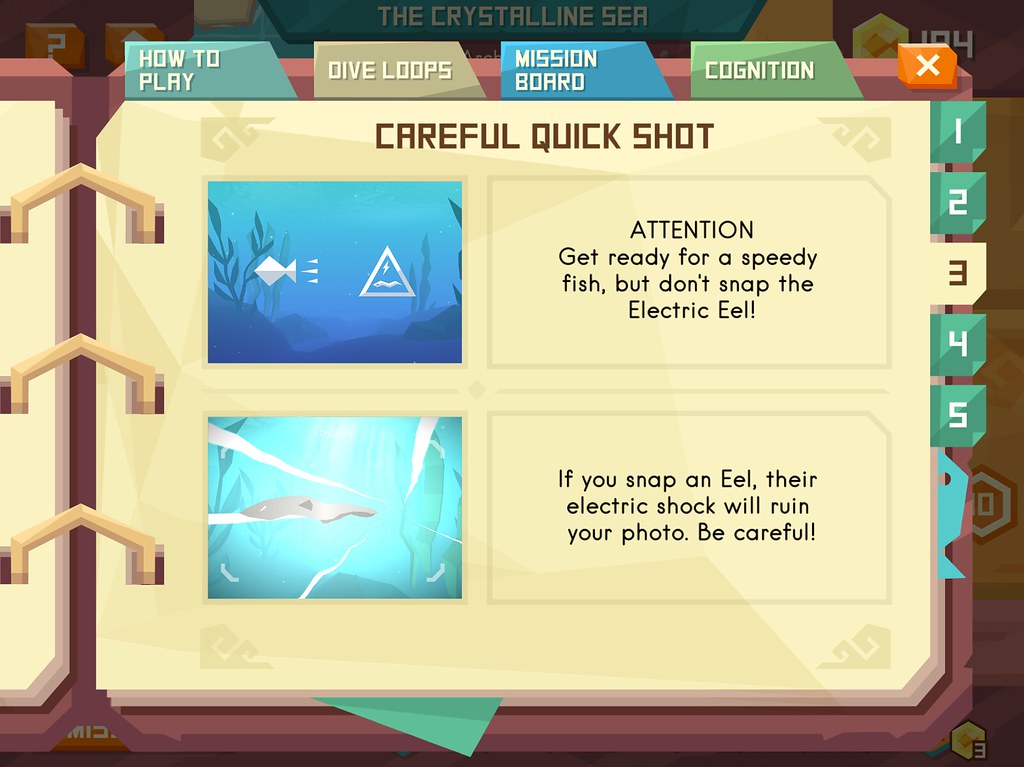 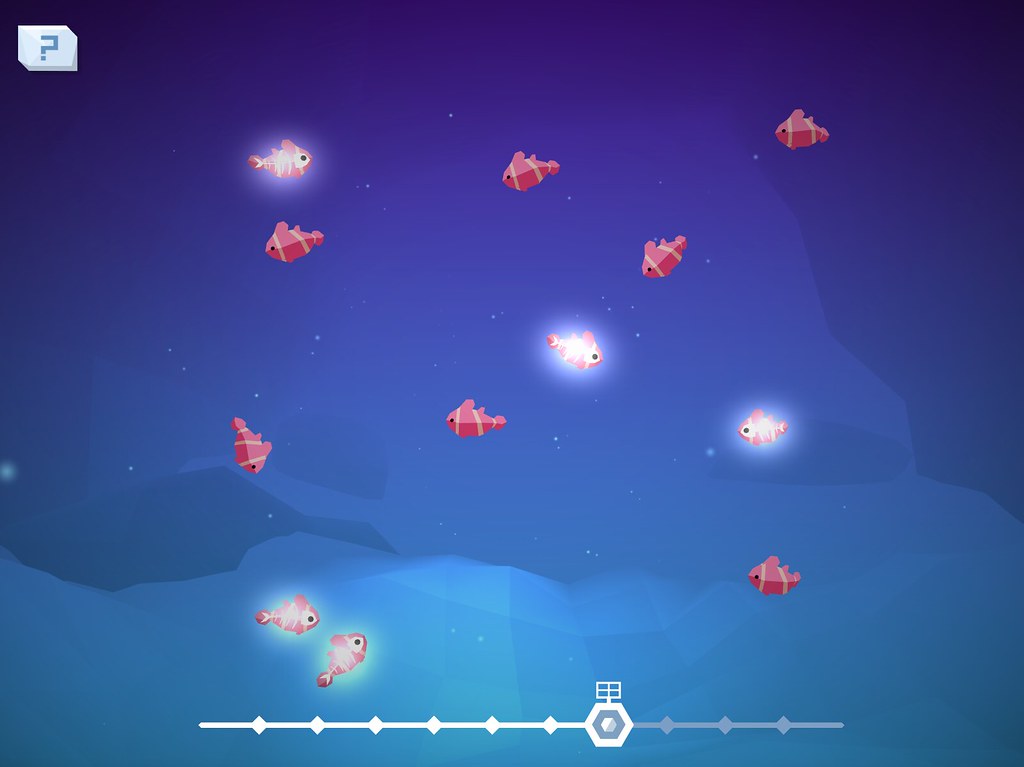 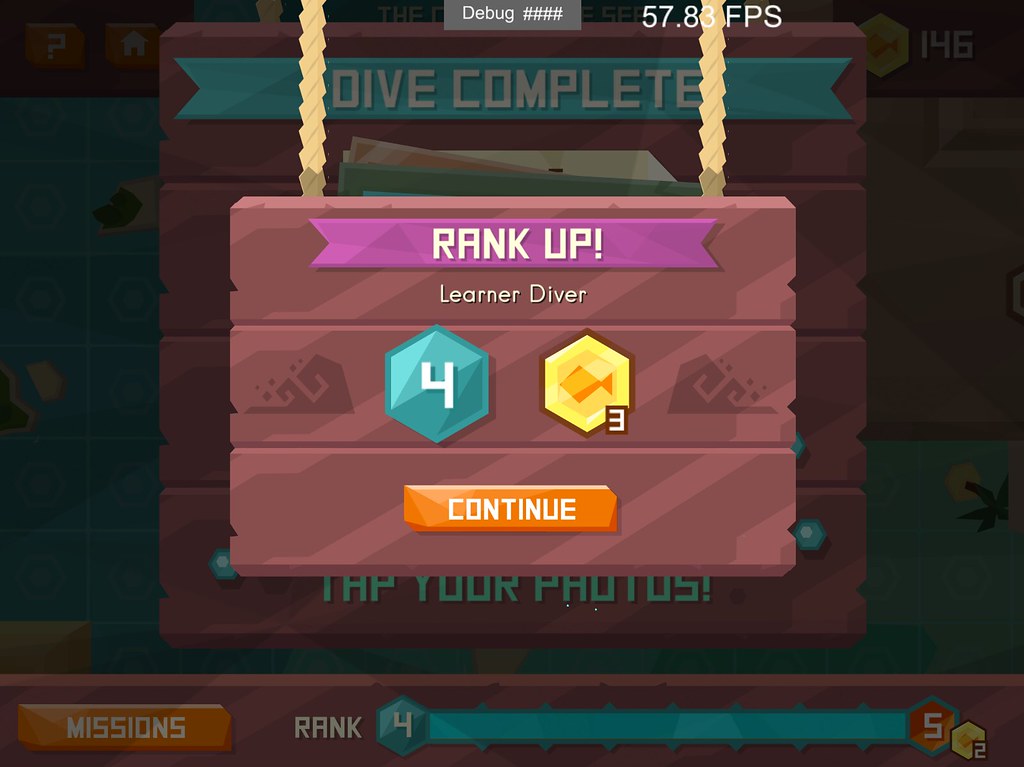 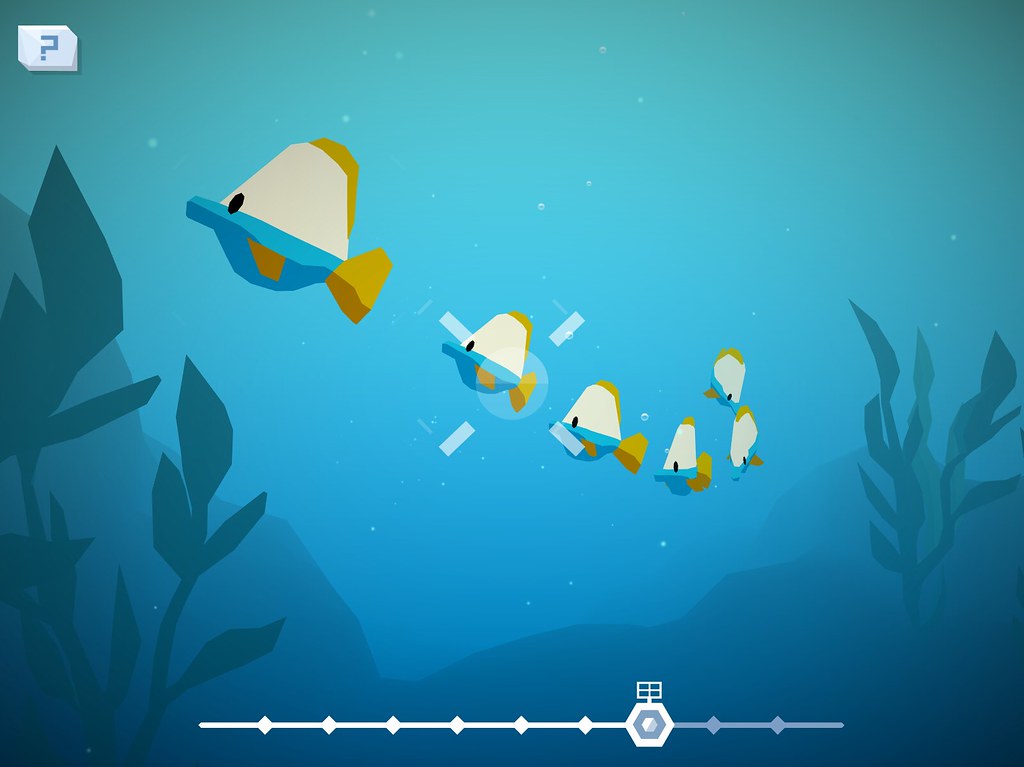 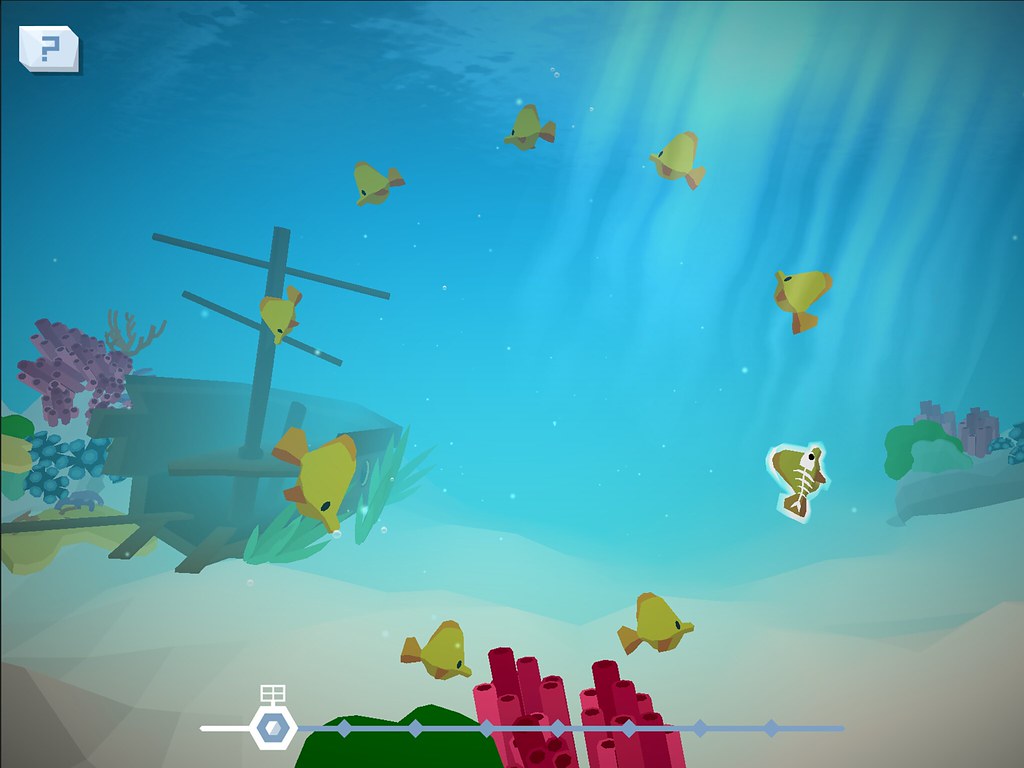 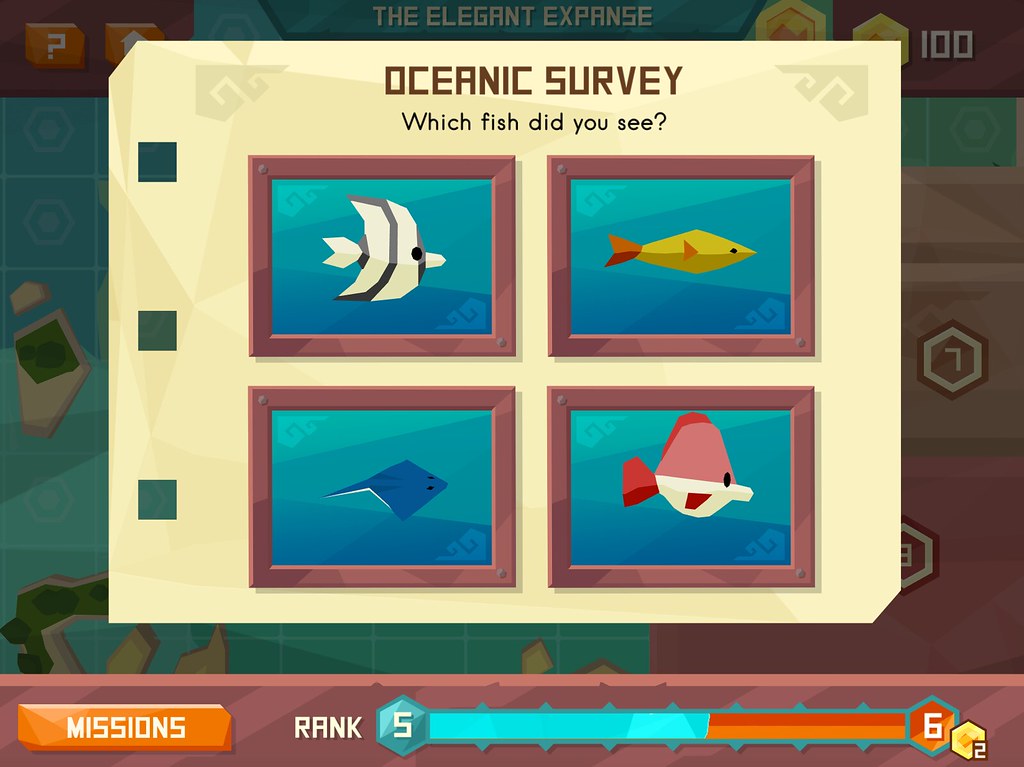 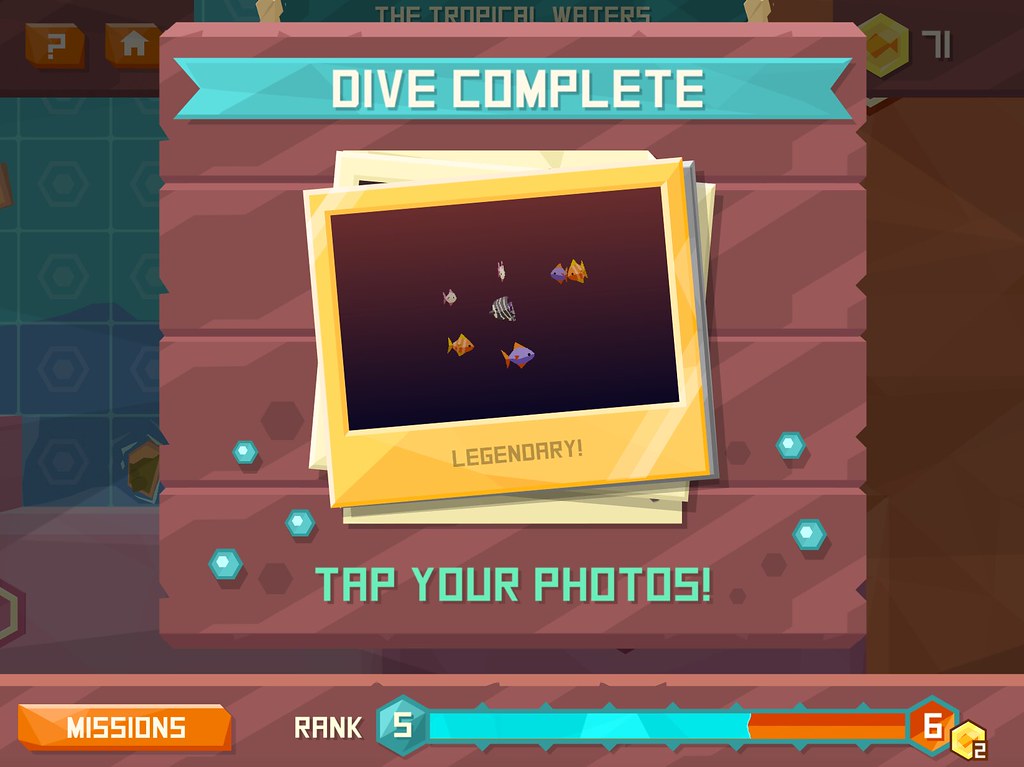 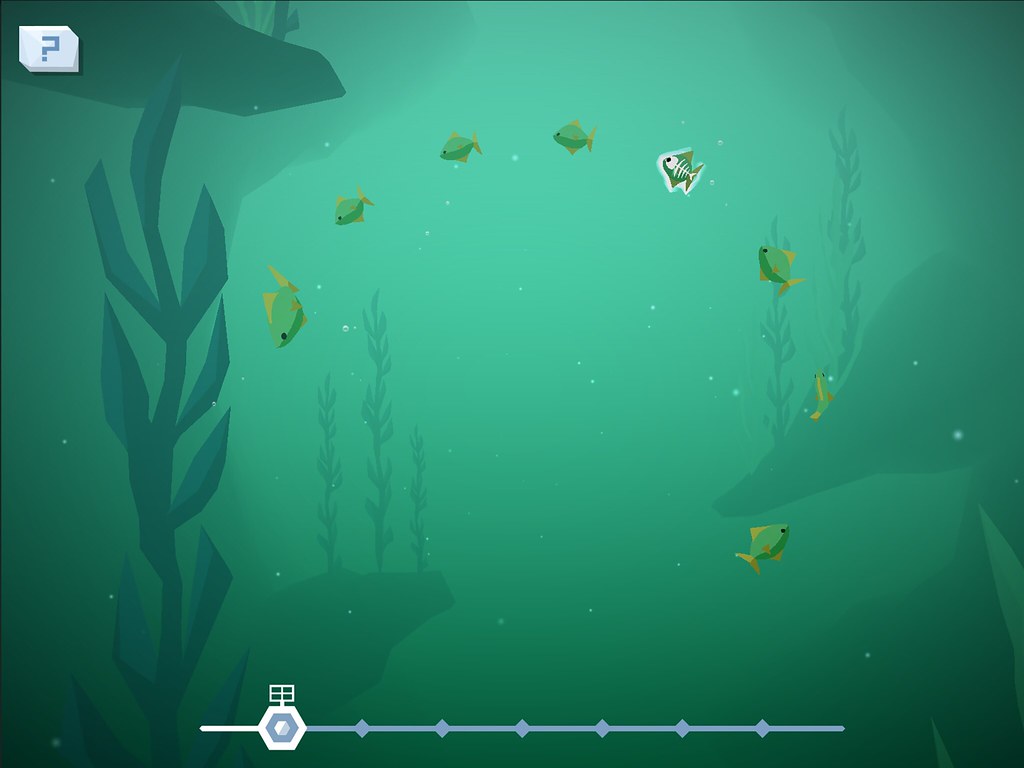 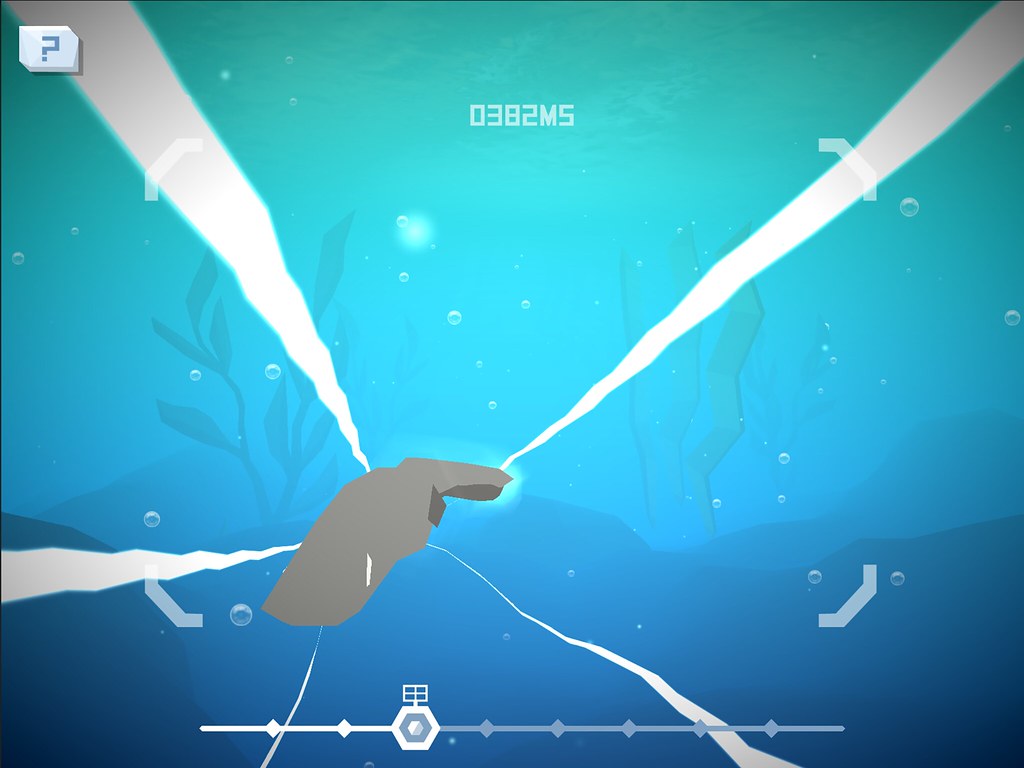 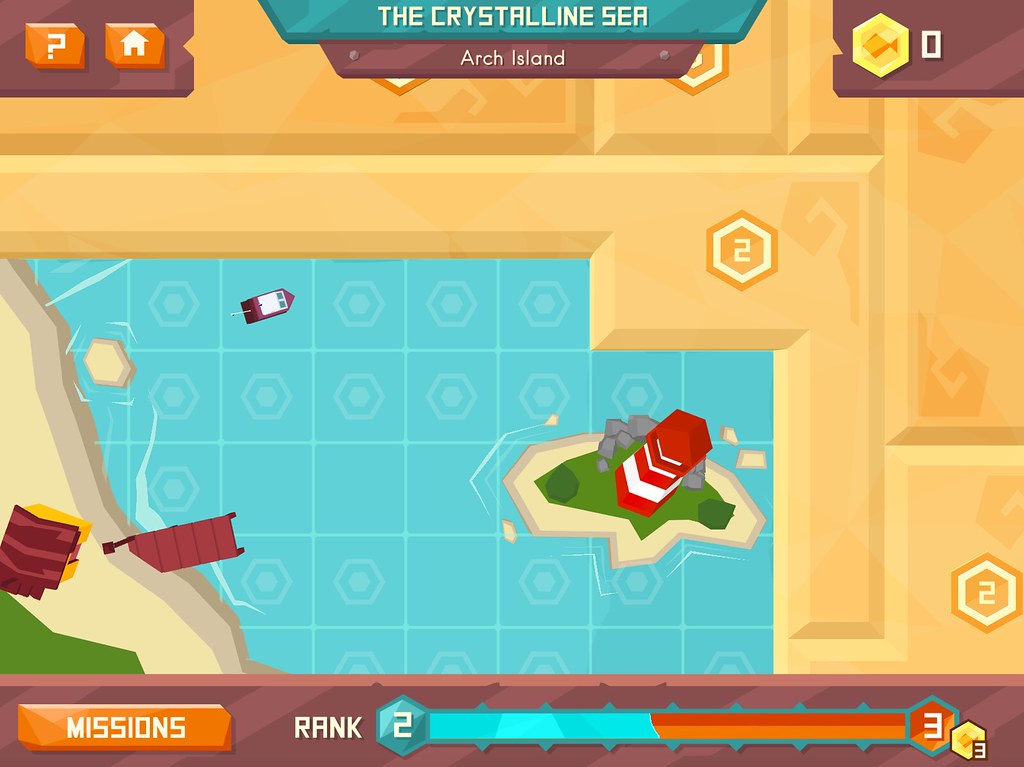 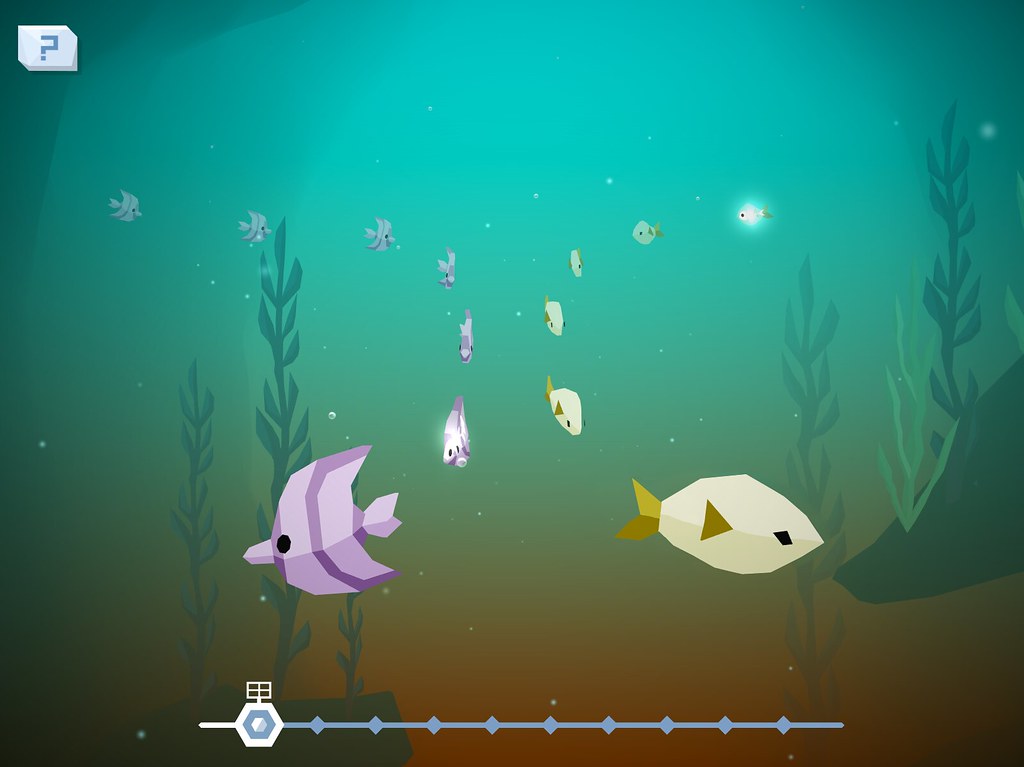 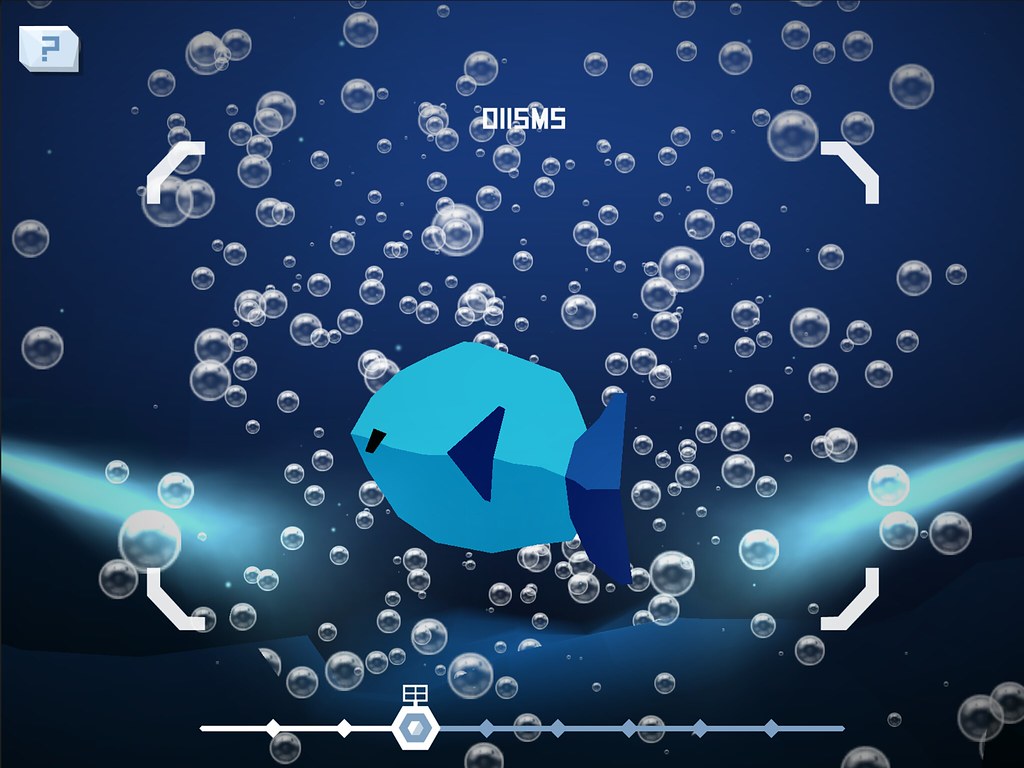 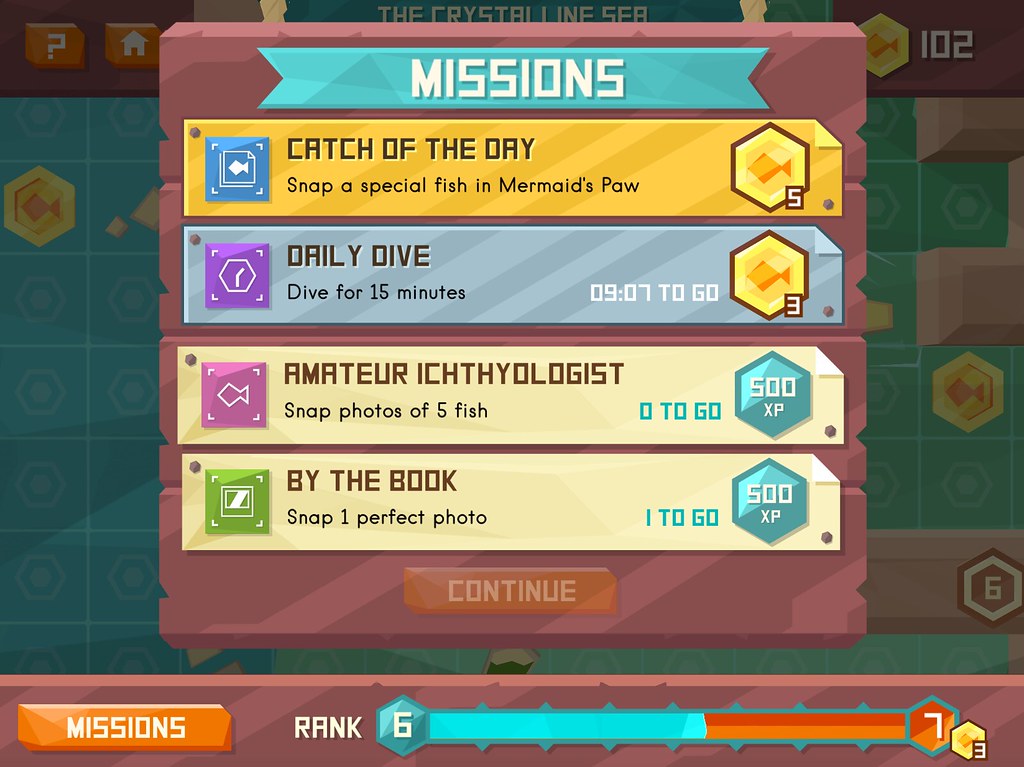 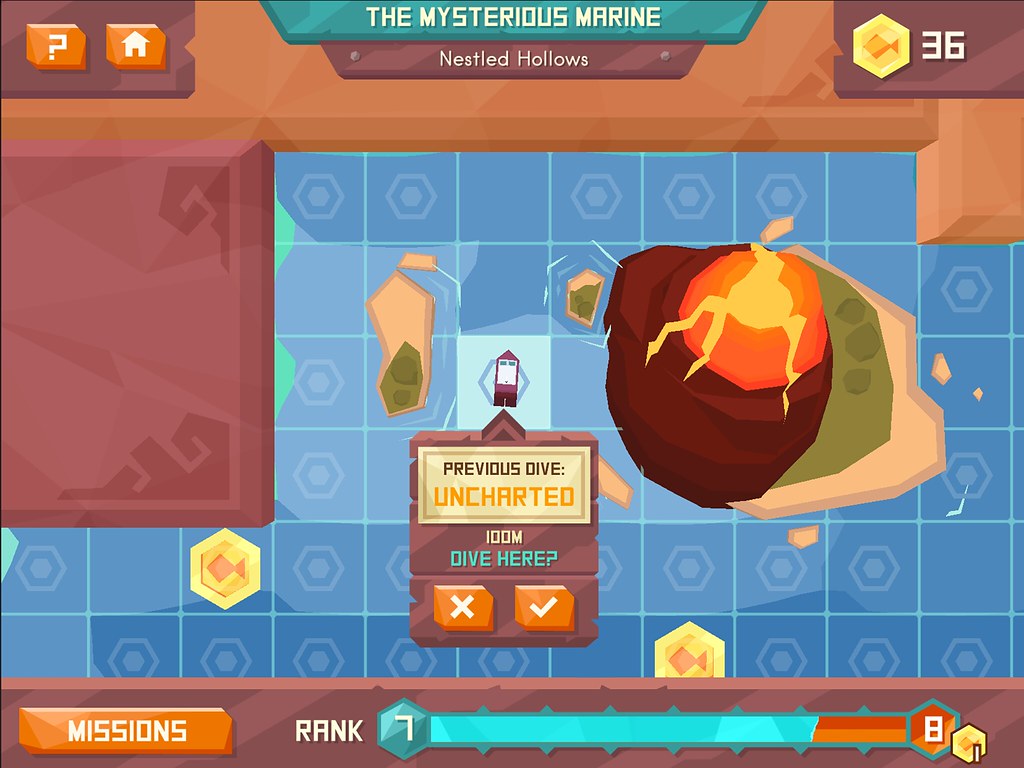 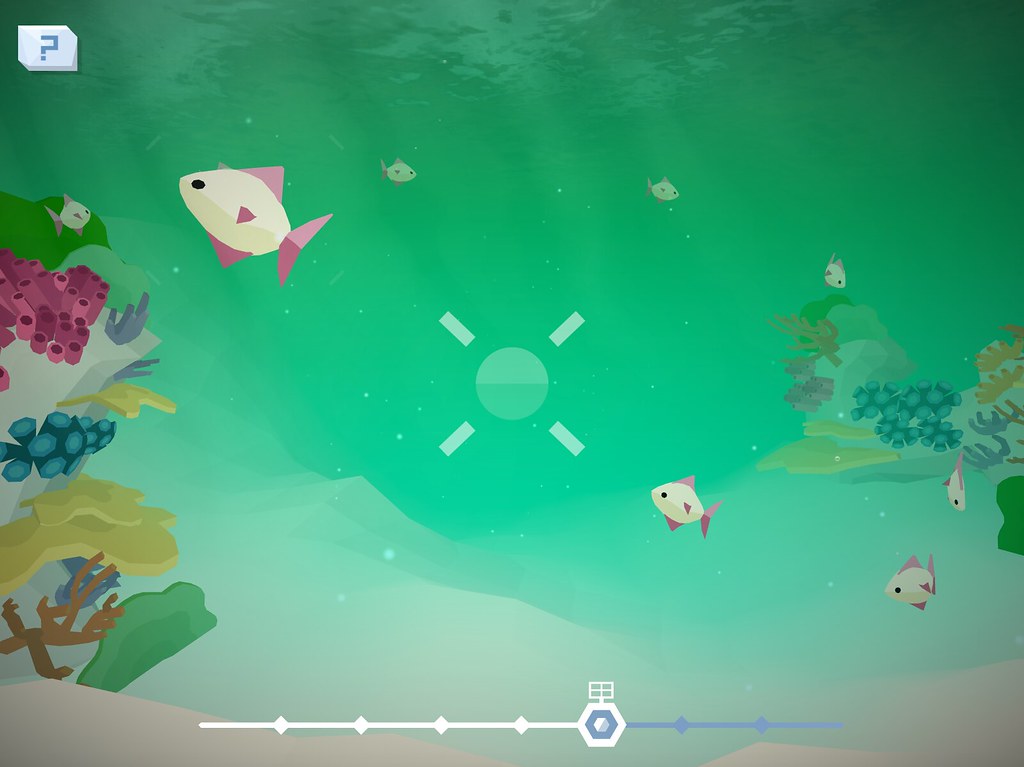 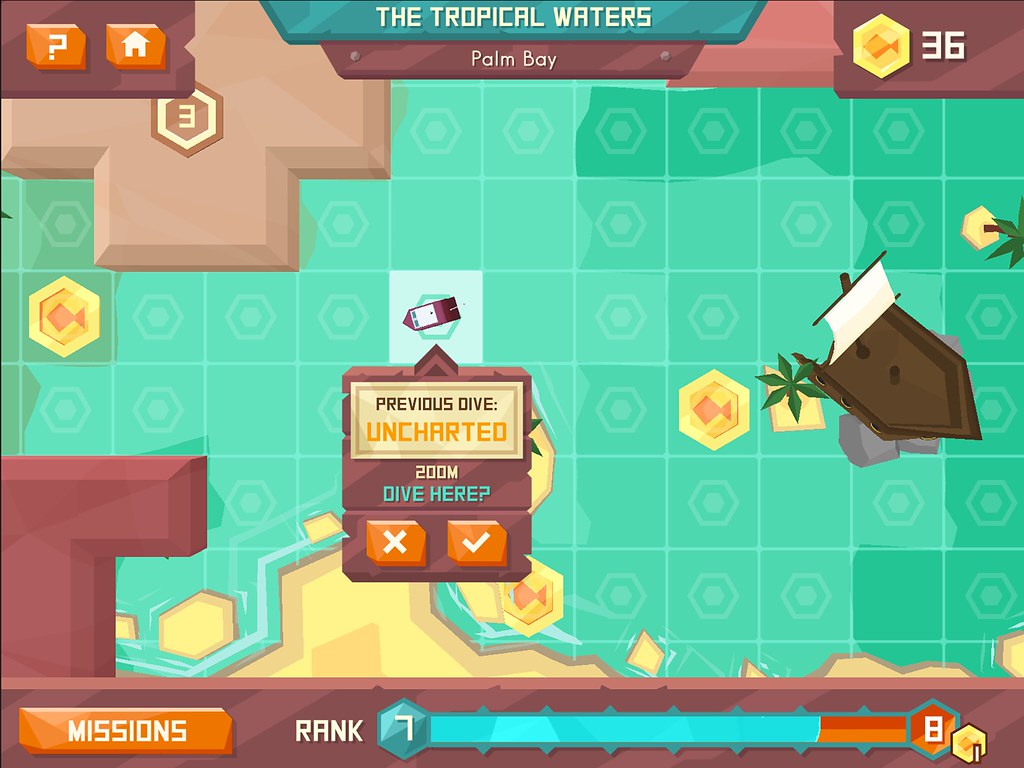 AquaSnap casts the player as an underwater photographer exploring deep-sea waters in pursuit of the rarest and most beautiful sea creatures.

Taking underwater photographs becomes quick and intuitive fun, requiring a single press or tap on the screen. After every dive, all photos are presented to the player to be ‘sold’. Every fish has a rarity which informs how much it is worth and the quality of the photograph also affects their value, rewarding the player for strong underwater performance. Above water, a meta-game focuses on managing the ’sale’ of photographs, collecting the proceeds and strategically choosing new dive locations from a large map.

The game embodies one of our key play with purpose design principles – aligning the winning strategy with the purpose of the game. In AquaSnap, achieving good photos is analogous with performing well in the cognitive training loops, making a player’s game motivation and cognitive improvement one and the same.

Before using the game, players complete a MyCQ assessment which measures their competency across five domains: executive function, attention, working memory, episodic memory and psychomotor speed. This performance then determines the frequency and depth of training to be initially used in the game. Once in play, every player interaction is measured, making this a truly adaptive cognitive training experience.

AquaSnap underwent clinical trials in Cambridge and Amsterdam and was released to the public in Summer 2016. MyCognition charted the impact of the game through in-school testing. Sarah Marks, from My Cognition states:

“Selborne Primary School, an innovative and forward thinking school based in Hampshire has introduced Achieve to students in Years 3, 4, 5 and 6. Beyond the marked improvements in MyCQEd scores thanks to cognitive training (see graph below), the qualitative feedback from the school reveals increased confidence, enthusiasm and motivation among the pupils. ‘My level of concentration has changed since playing AquaSnap,’ says a pupil at Selborne.

For another child who experienced the training games, the experience was equally positive: ‘Since playing AquaSnap I enjoy my time at school more’. The games can also enhance the performance of SEN children in traditional subjects. A Year 8 pupil at Reading school with Asperger’s syndrome, felt that, ‘[he]could remember more words in foreign languages’, while, for another Year 8 student, the main difference was felt in working memory: ‘I think I am faster at problem solving in maths’, he stated.”

Read more about the game’s impact.