Exercise your powers of negotiation and risk-taking to keep Britain happy in a trading game with a twist.

Wellcome Collection, a free destination for the incurably curious in London, features exhibitions and events exploring the connections between medicine, life and art. A key exhibition in the 2010/11 calendar was High Society, a show exploring the history of recreational drugs in our society and culture, from ancient Egyptian poppy tinctures, through Victorian cocaine eyedrops, to 1960s psychedelic light shows.

Preloaded were asked to create a game with broad appeal, encouraging people to find out more about the Opium Wars, a very dubious period of Britain’s imperial history. Wellcome Collection’s core remit is public engagement, so the broader ambition was to use the reach of a game to increase awareness of their brand with a game as appealing and complex as the exhibition itself.

Collaborating with the Wellcome team, Preloaded created High Tea, an online game developed to focus on the opium and tea trade between Britain and China and the events directly preceding the historic Opium Wars. 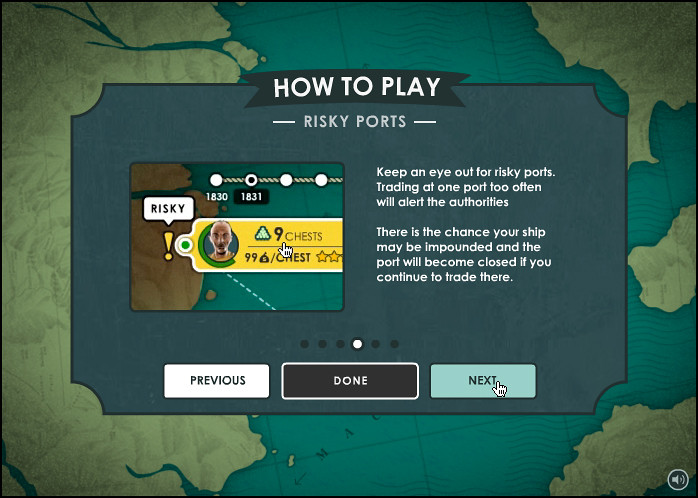 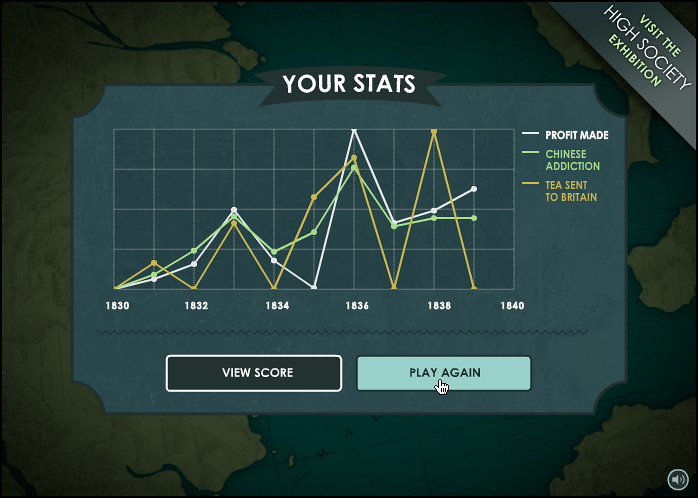 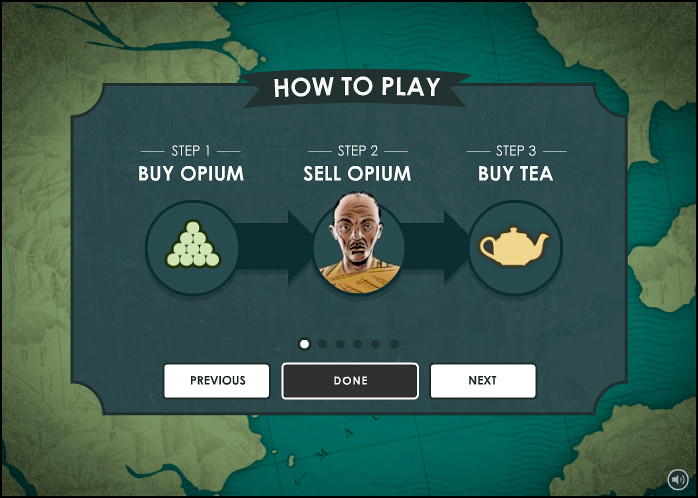 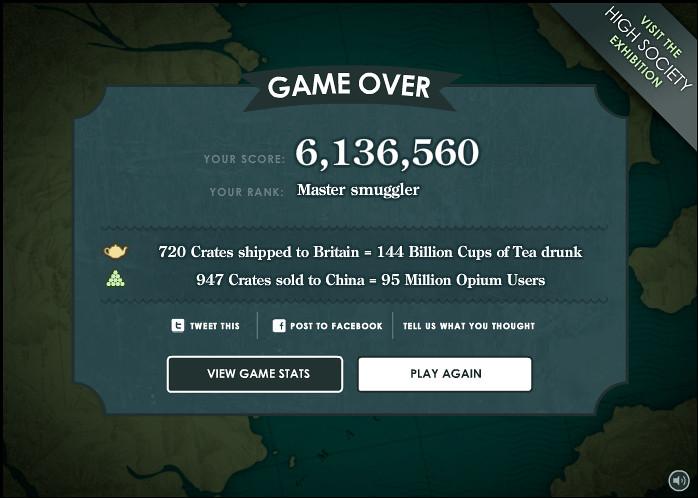 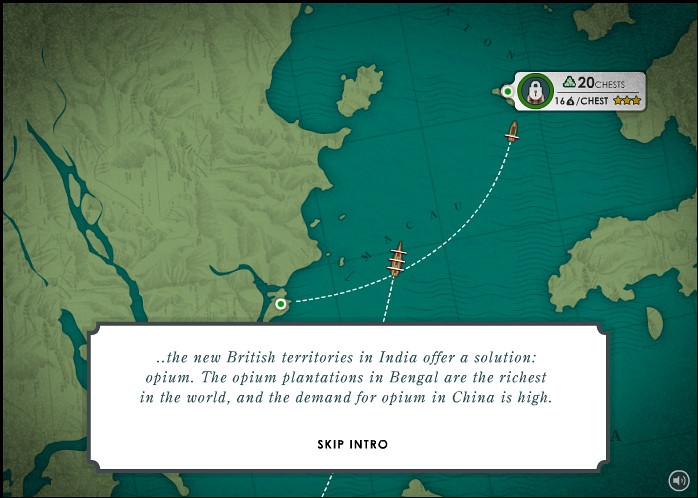 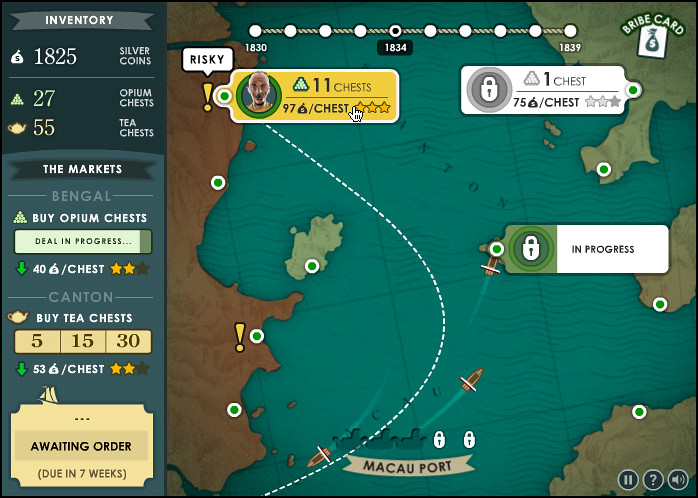 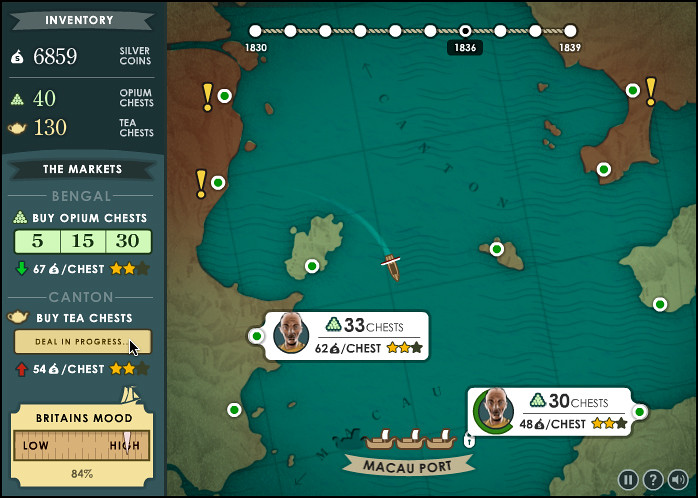 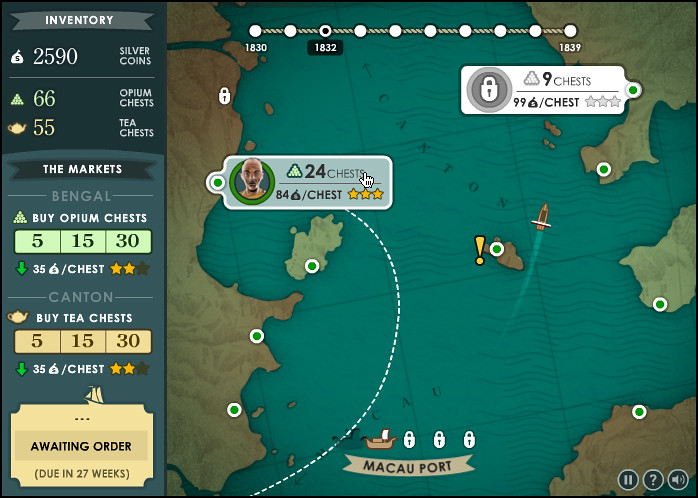 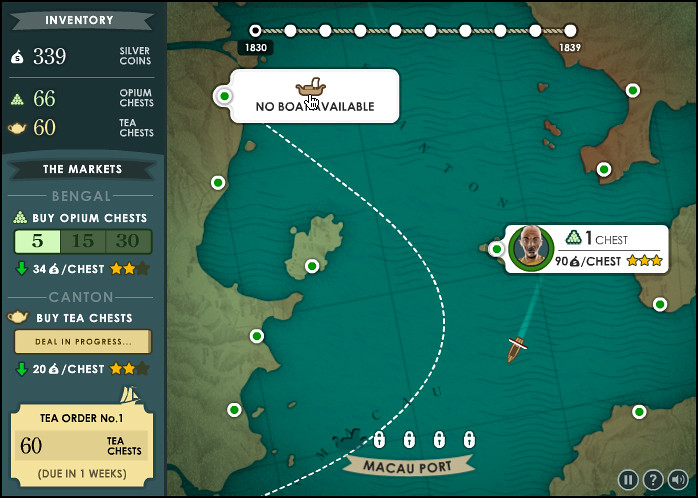 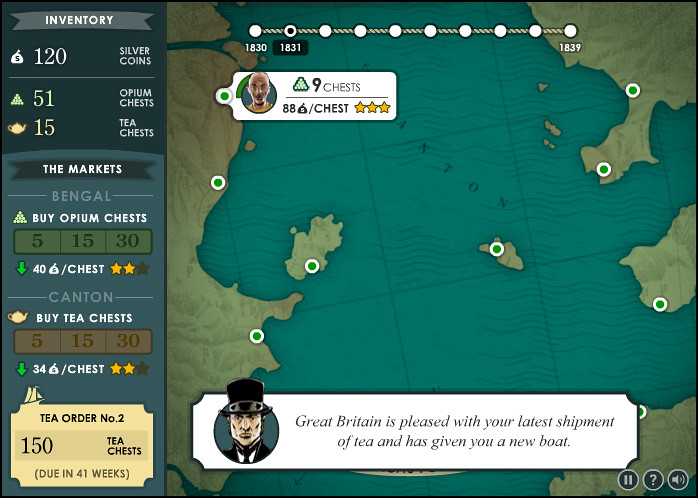 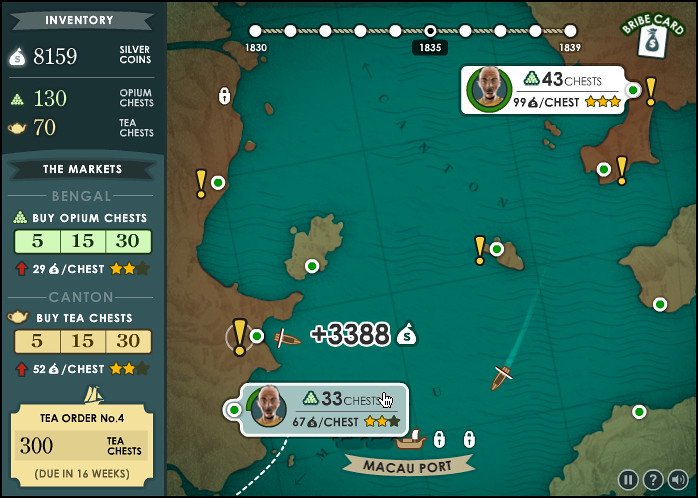 In this game, you’re invited to take control of your own independent trading company off the shores of the Pearl River Delta, leading up to the beginning of the first Opium War in 1838. Players must broker the best opium deals possible for sale in China, then buy as much tea as possible to send home and keep Britain happy.

Aims of the game are to make money and increase your fleet through trading opium in return for silver, and maintain Britain’s happiness levels by feeding its relentless demand for tea. Various opium deals appear and disappear on the game map, and players must evaluate whether or not to accept them. Some deals have risks attached, which can result in being busted by the authorities.

Britain’s ‘mood-ometer’ is what players ultimately want to keep as high as possible, but to do this they will need to send as much tea as possible back home. If Britain’s mood hits rock bottom, the game is lost.

A score and rank system rewards game progress, with players able to post their scores directly to Facebook or Twitter, challenging their friends to better their scores. The player’s score is also presented as a graph, plotting their opium and tea trades alongside China’s addiction levels.

The project set out to demonstrate the power of games to engage a broad audience on a difficult historical subject. The success criteria mix game metrics with qualitative research including user surveys, anecdotal evidence and outreach studies. The results have been very encouraging, with gameplays reaching over a million in the first week of release and topical debate springing up as the game begins to proliferate.

The game was designed to be portable and was seeded to all the major games portals. The tracking system was made extra granular to give Wellcome even greater visibility of player interaction, with a view to inform future game design. A dynamic promo was also created, which will be used to message current exhibitions or promote new new games when they become available.

Updates: Wellcome has since published an evaluation report for this project, which is freely available online.

With Flash no longer supported, the game is no longer hosted in its original form. You can contact us if you have any questions, or browse our newer work here.