Bag gold in our suite of chocolate-inspired mini-games to support Cadbury’s 2012 Olympics sponsorship.

In keeping with their seasonal approach to key brands in their range, Cadbury decided to re-release their Creme Egg for 2012. As an official UK snack sponsor of the London Olympics, Cadbury commissioned CMW and Preloaded to create a campaign to feature Creme Eggs at their fun and gooey sporty best with their own unique sporting event, Goo Games.

Goo Games is an above the line campaign featuring a range of activities with a Facebook game at its heart. Additional awareness came from Cadbury’s existing fanbase of over 2 million engaging with the content through social networks. 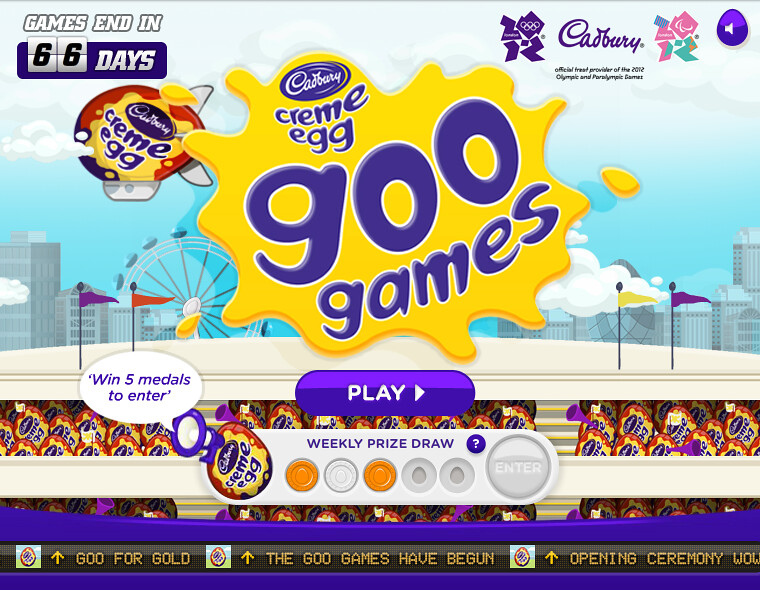 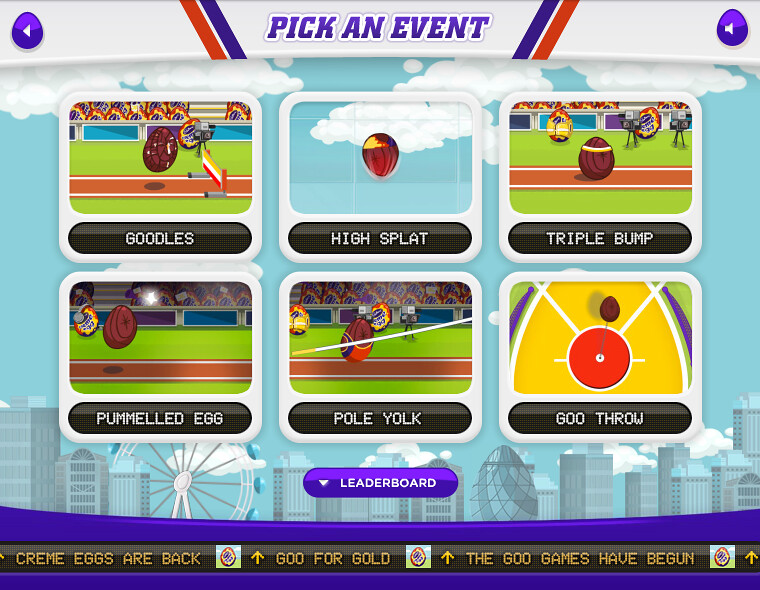 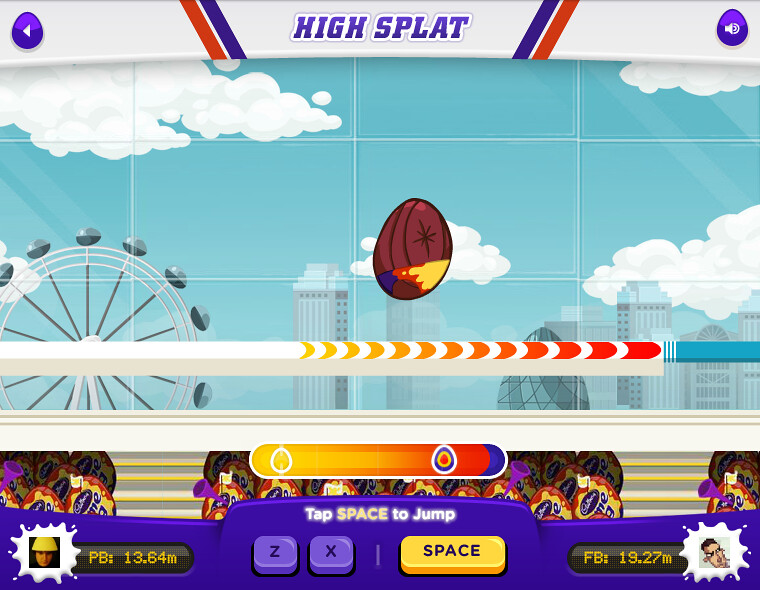 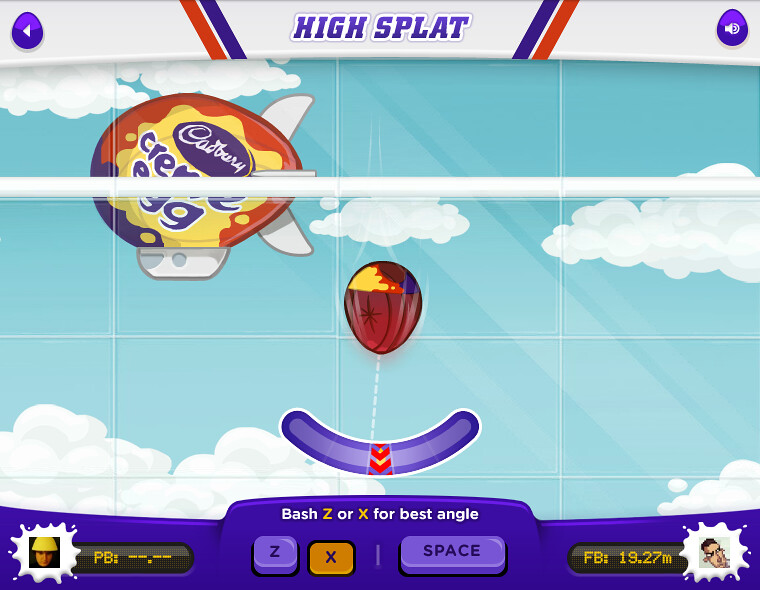 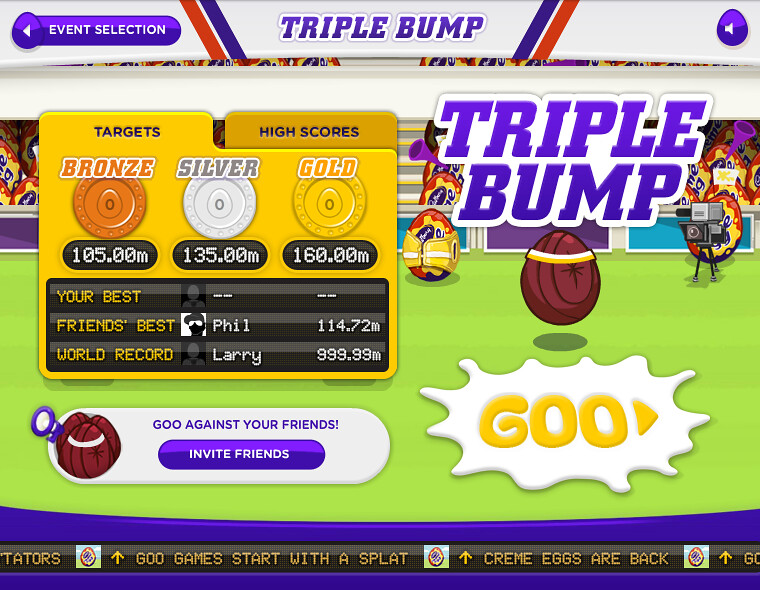 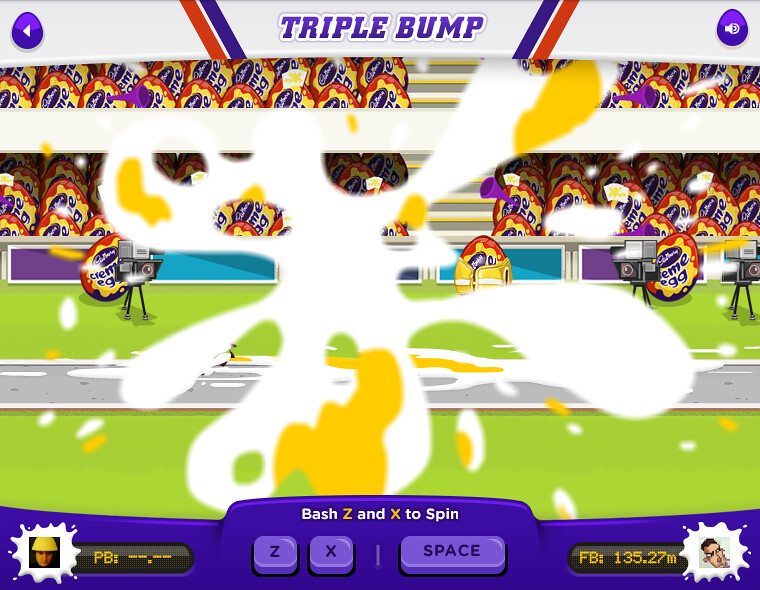 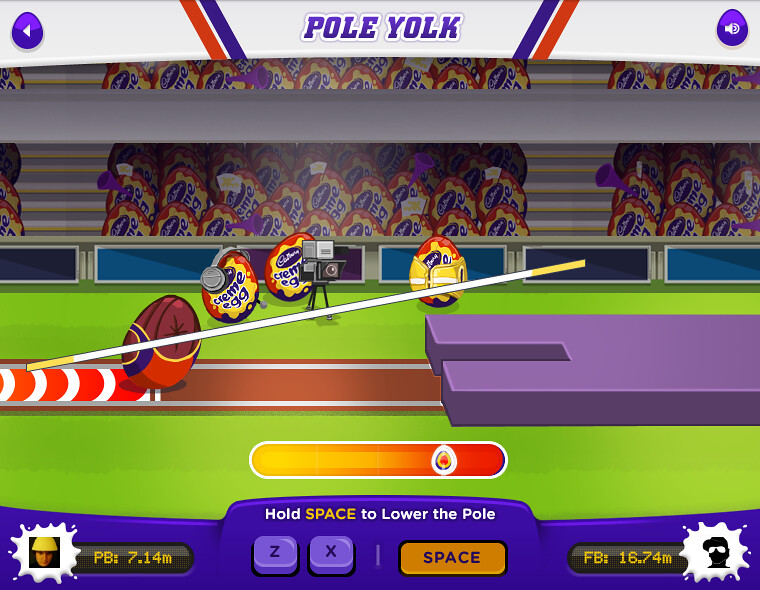 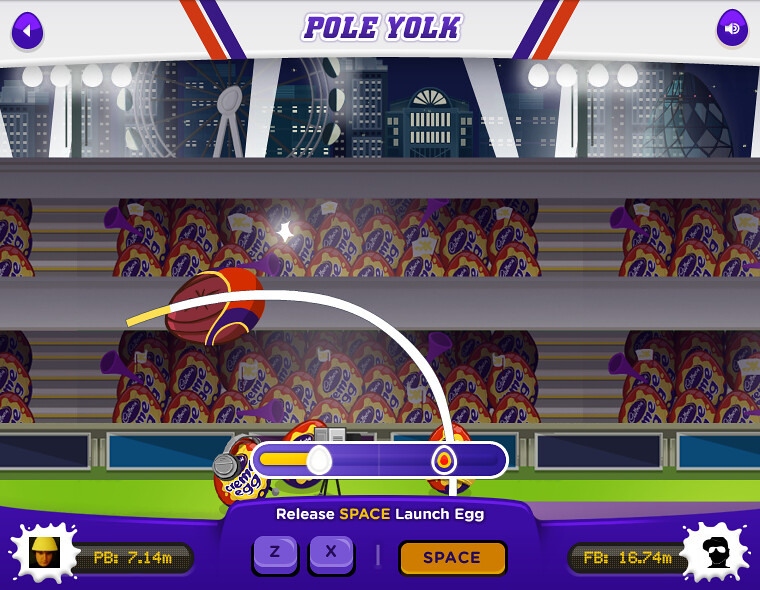 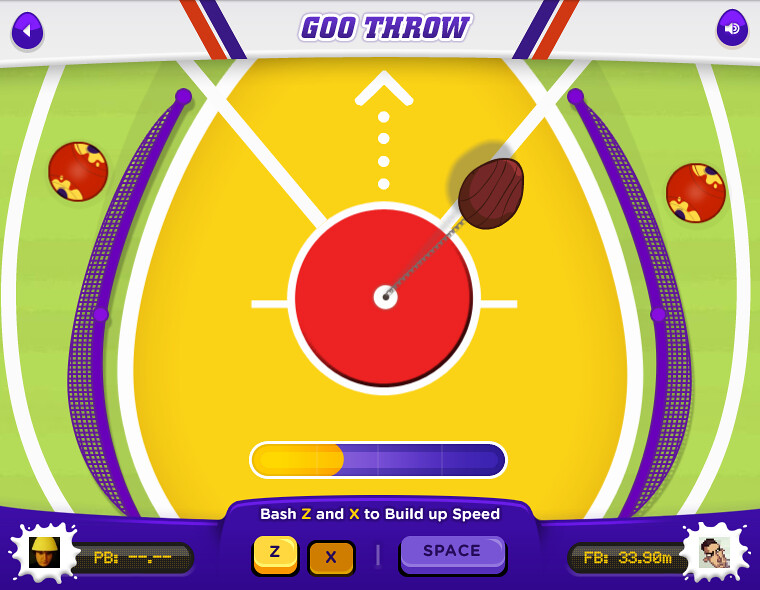 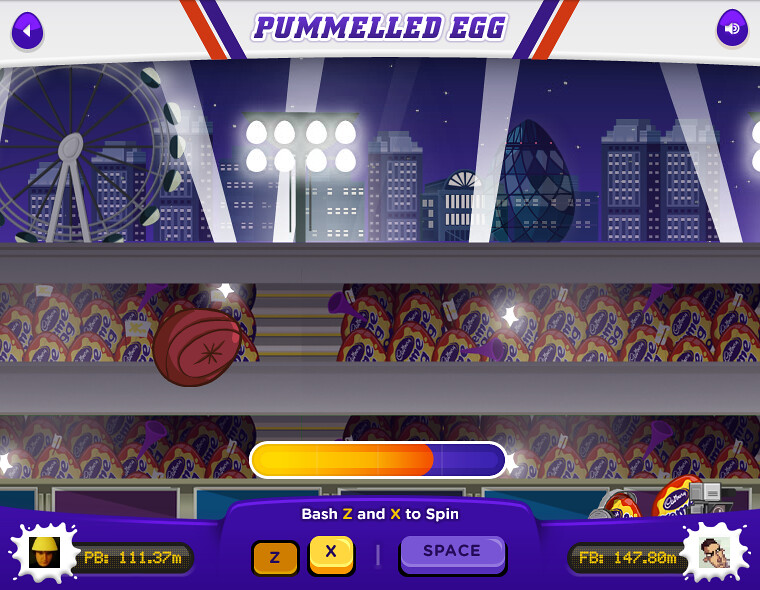 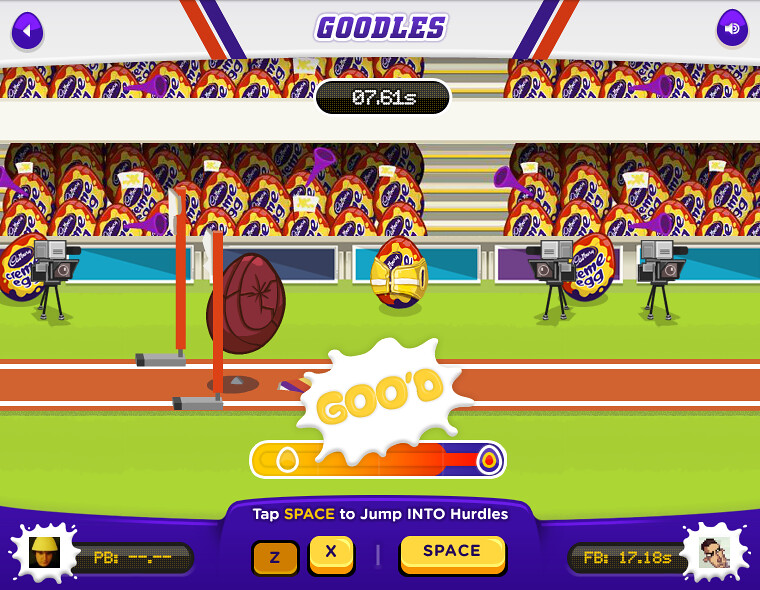 Preloaded worked closely with CMW to develop the Facebook games, made up of six unique Creme Egg events, all of which are designed to create maximum goo. Inspired by real Olympic disciplines, events included the ‘Goodles’, ‘High Splat’ and ‘Triple Bump’. The player must ‘get their goo on’ in each event, exploding their egg in the biggest, most dramatic way possible.

Designed for short bursts of play over multiple sessions, one of the game’s most exciting features is the scoring layer which generates social competition by feeding friends’ live game data into the player’s own game. The games also integrate Facebook’s new scoring API, hardwiring the game directly into the Facebook community.

Games were released over the duration of the campaign, with a prize draw qualification meta-game to roll out a few months later, rewarding medal success and the ability to compete for real-world prizes.