Master your fractions in this tactile, turn-based puzzle game where Math skills are key in the battle for Fractopia.

Amplify is a US-focused educational publisher reimagining the way teachers teach and students learn. At the heart of this ambition is a groundbreaking digital curriculum for K-12, focusing on Maths, English Language and the Arts (ELA) and Science.

We worked with Amplify to produce a series of games to be sold along with this core curriculum, designed for the Amplify Tablet and a variety of platforms including iOS.

As part of our focus on Maths, we developed Mlob Rule, a game which sets out to make fractions less intimidating and easier to understand.

Mlob Rule is a tactile, turn-based puzzle game set in the mythical world of Fractopia. Inhabited by Mlobs – a fraction-based group of jelly-like warriors – the player’s objective is to overpower the opposing force by creating tactical whole number combinations. 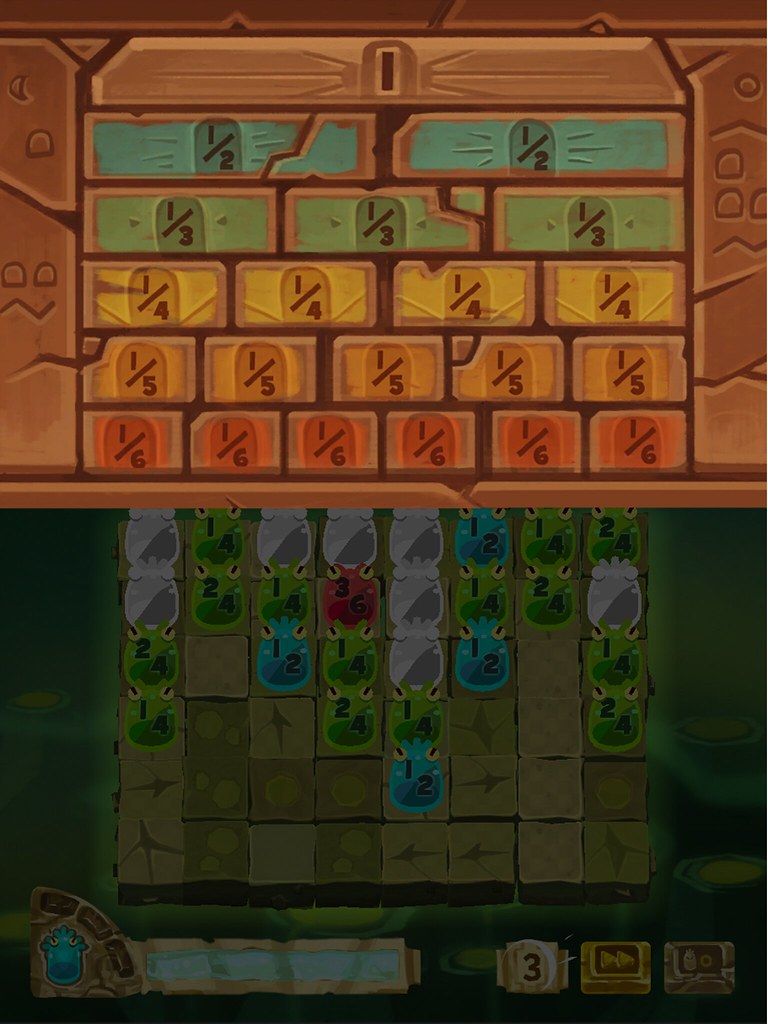 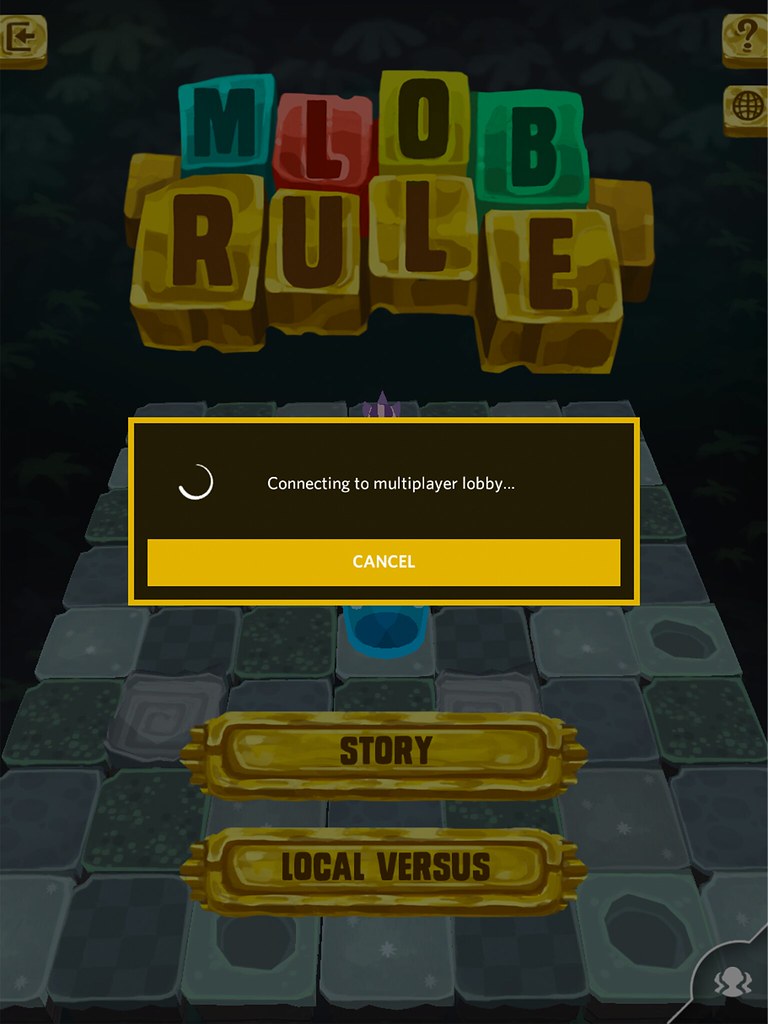 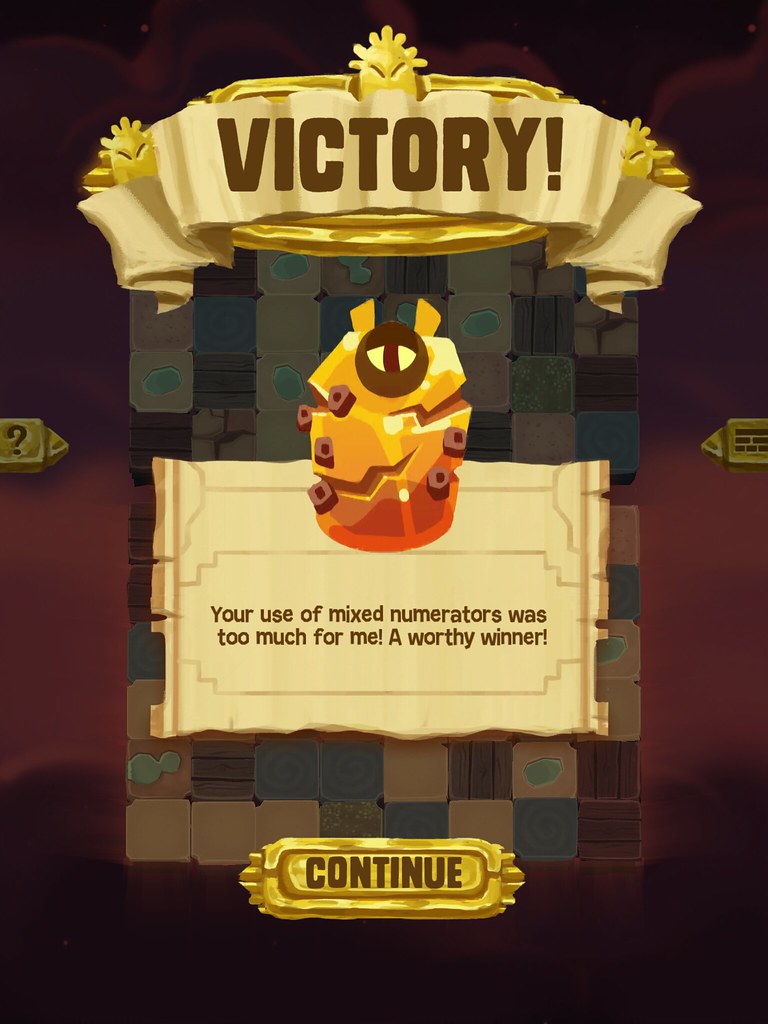 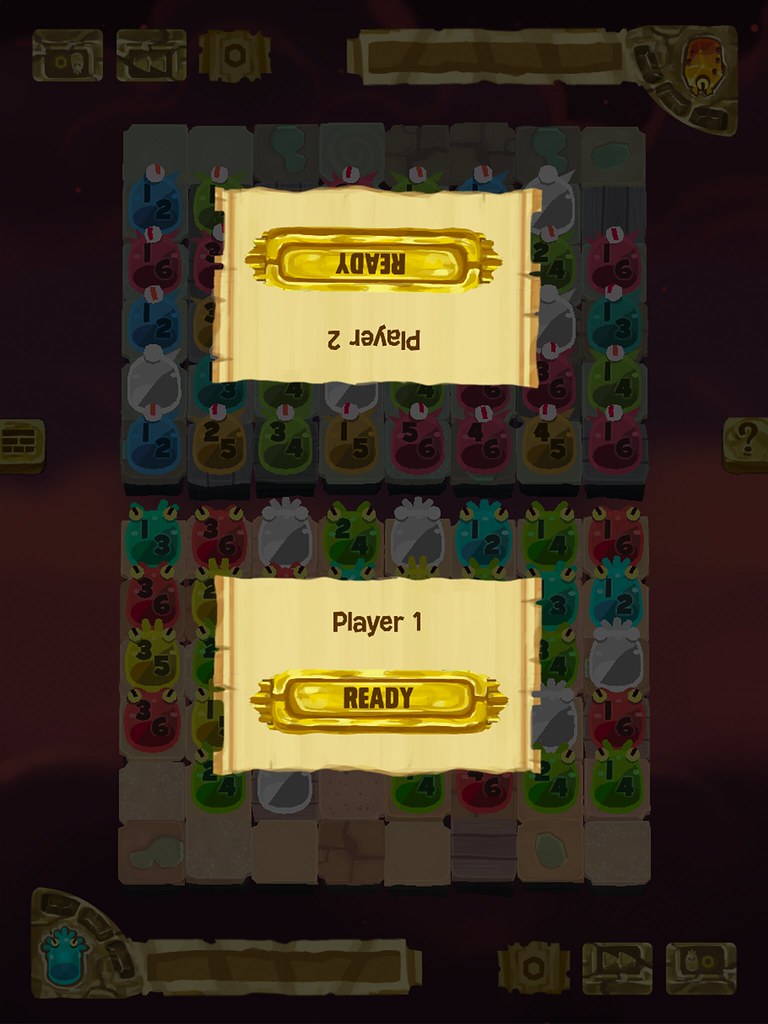 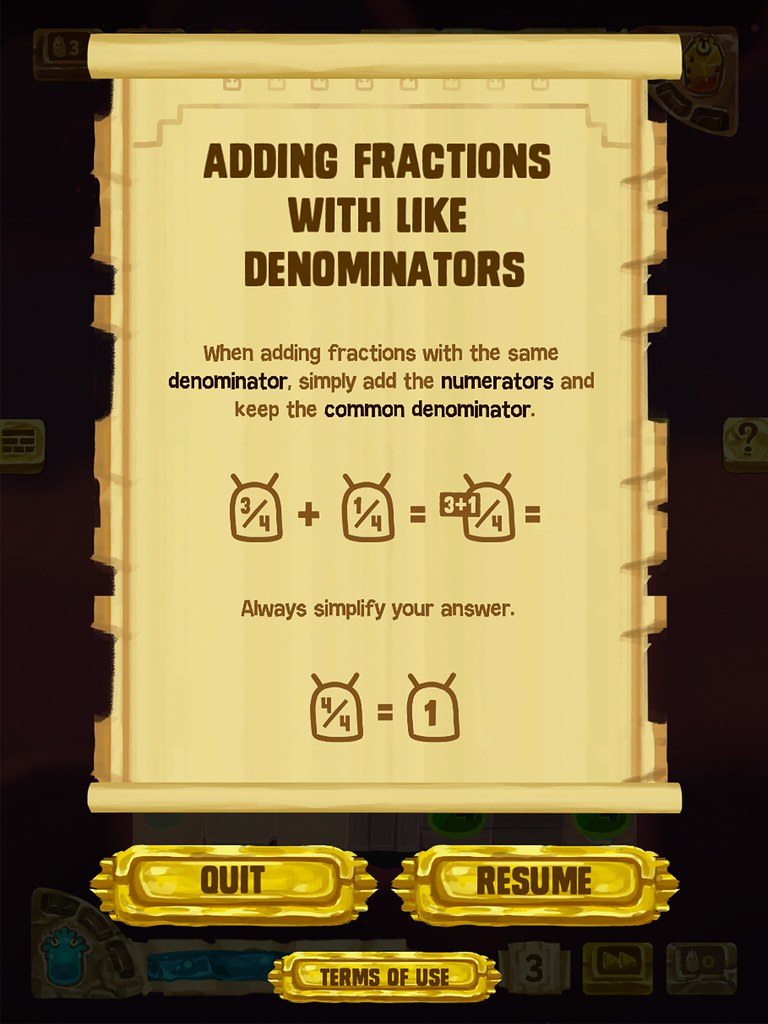 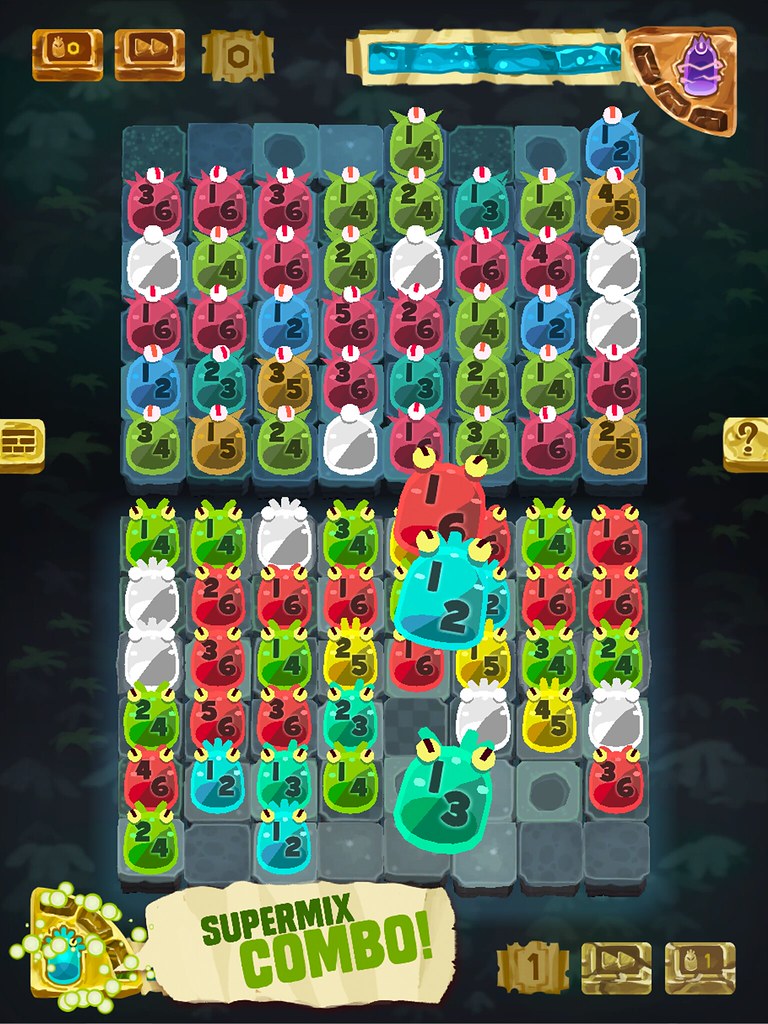 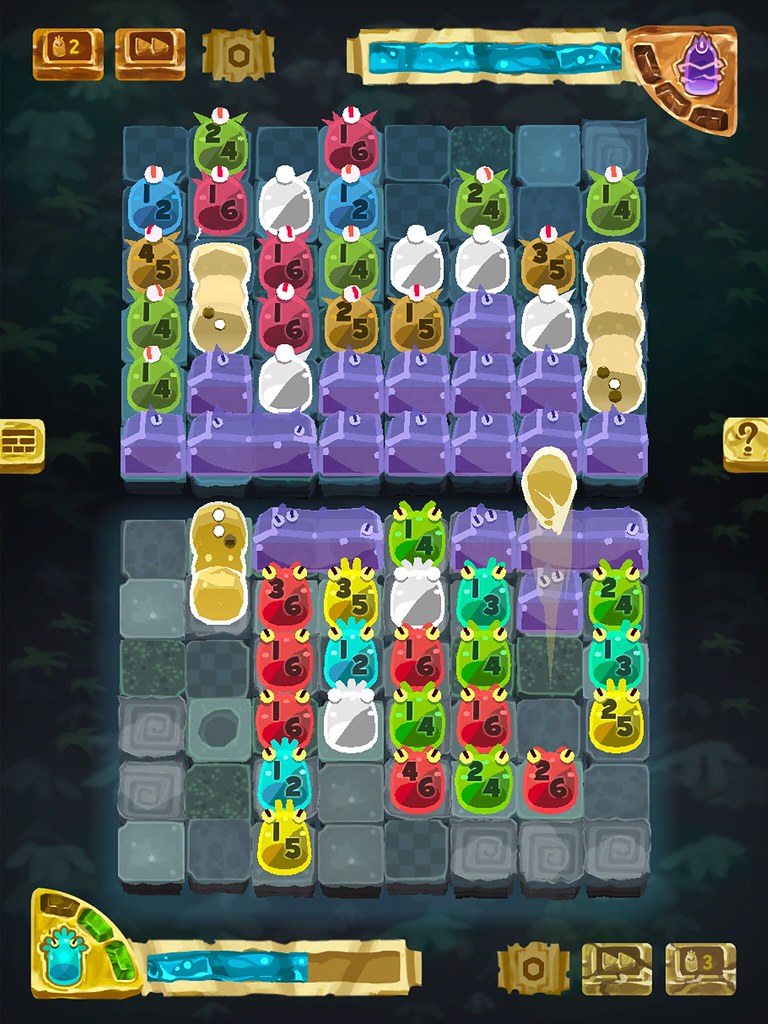 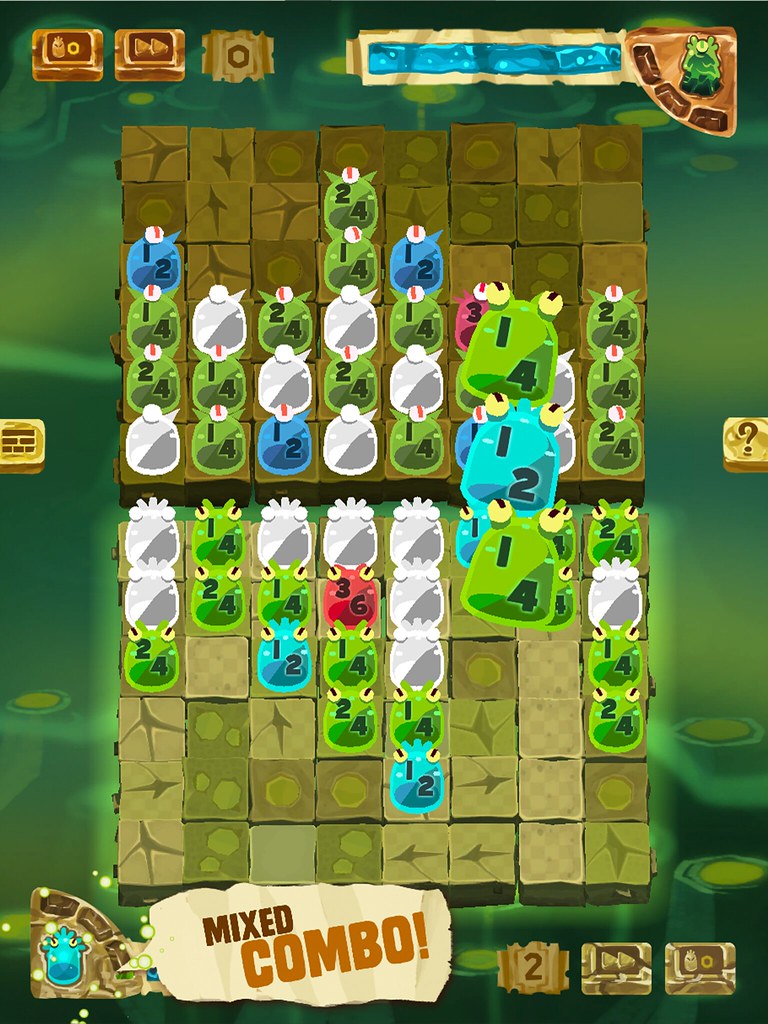 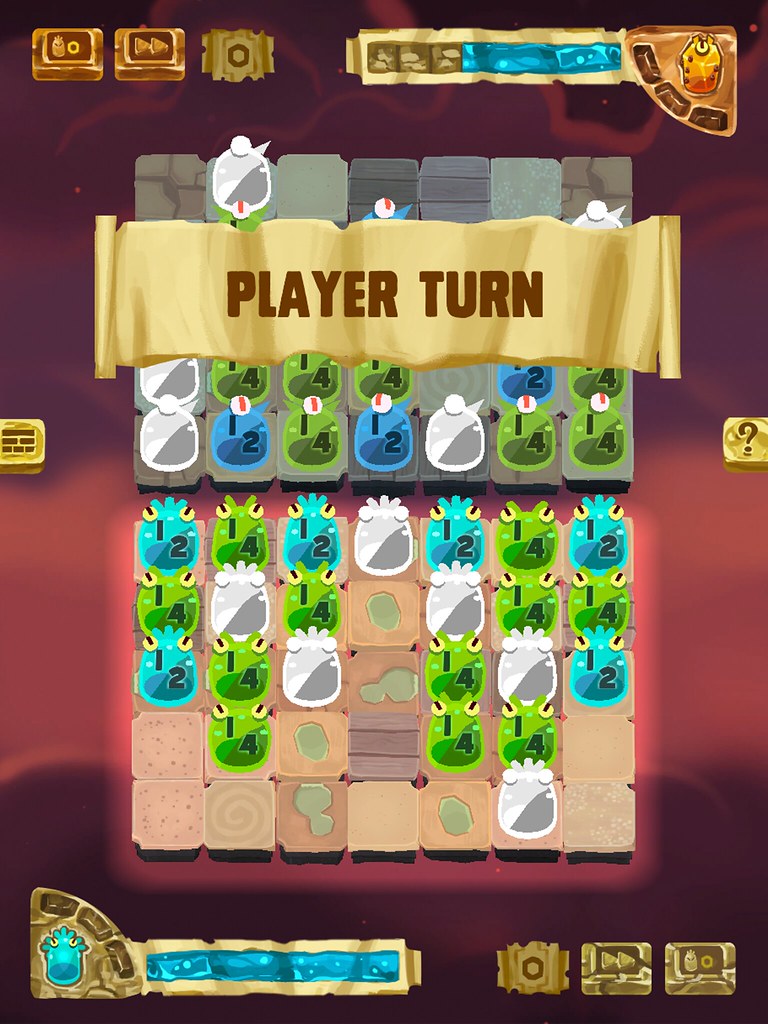 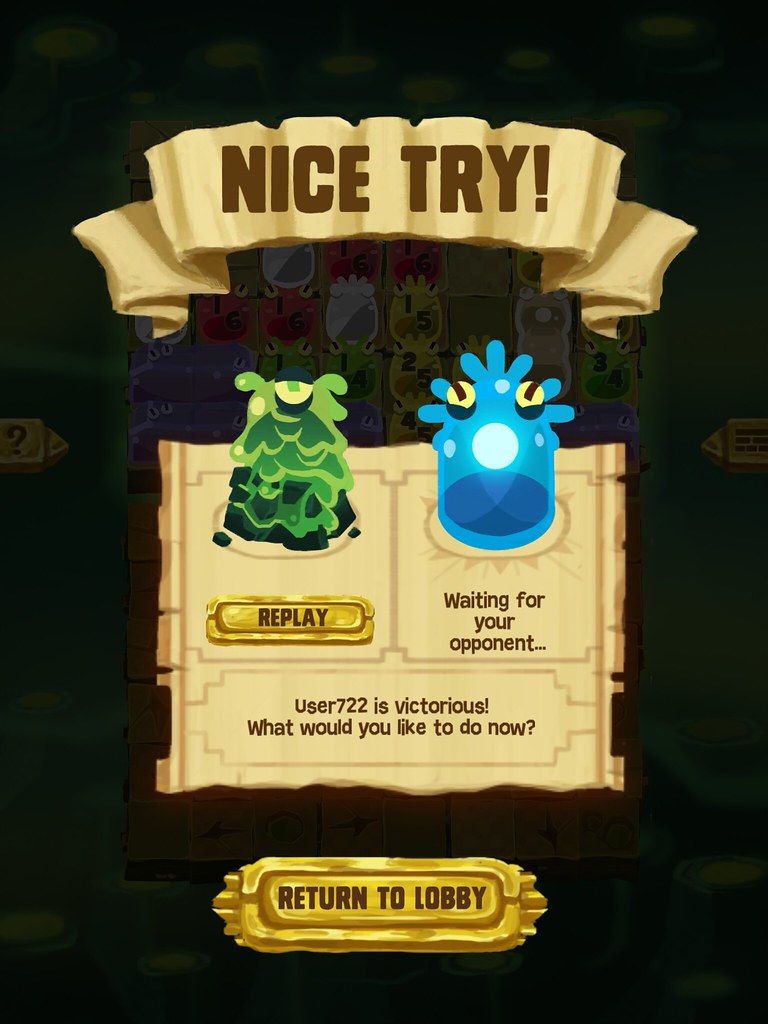 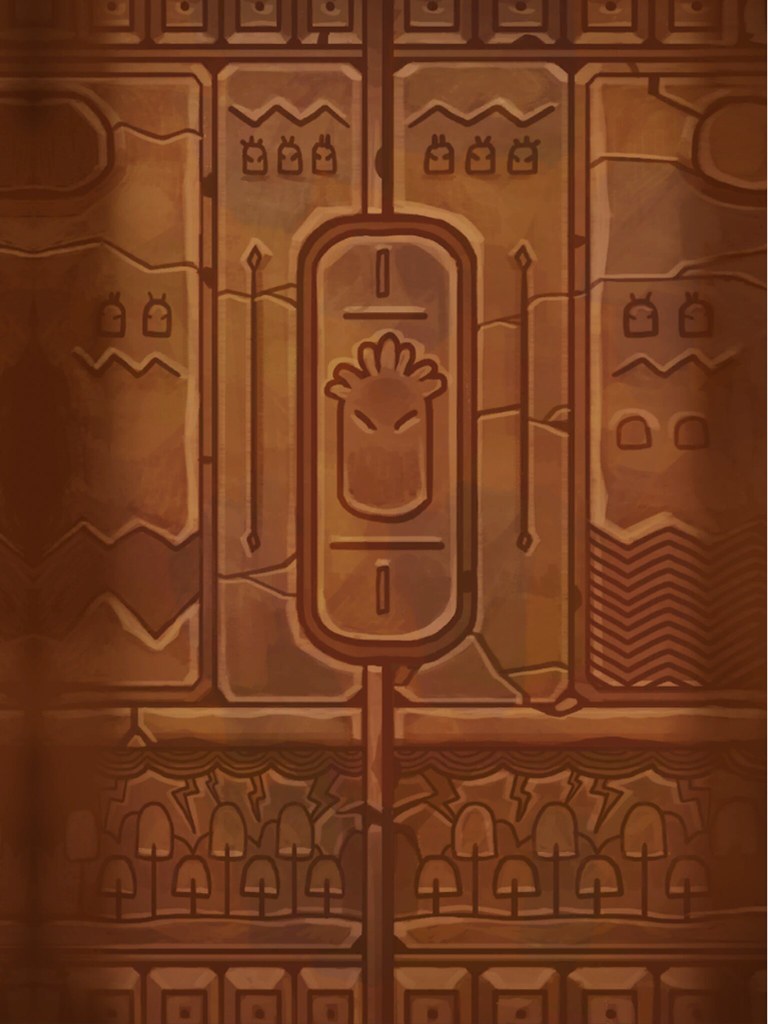 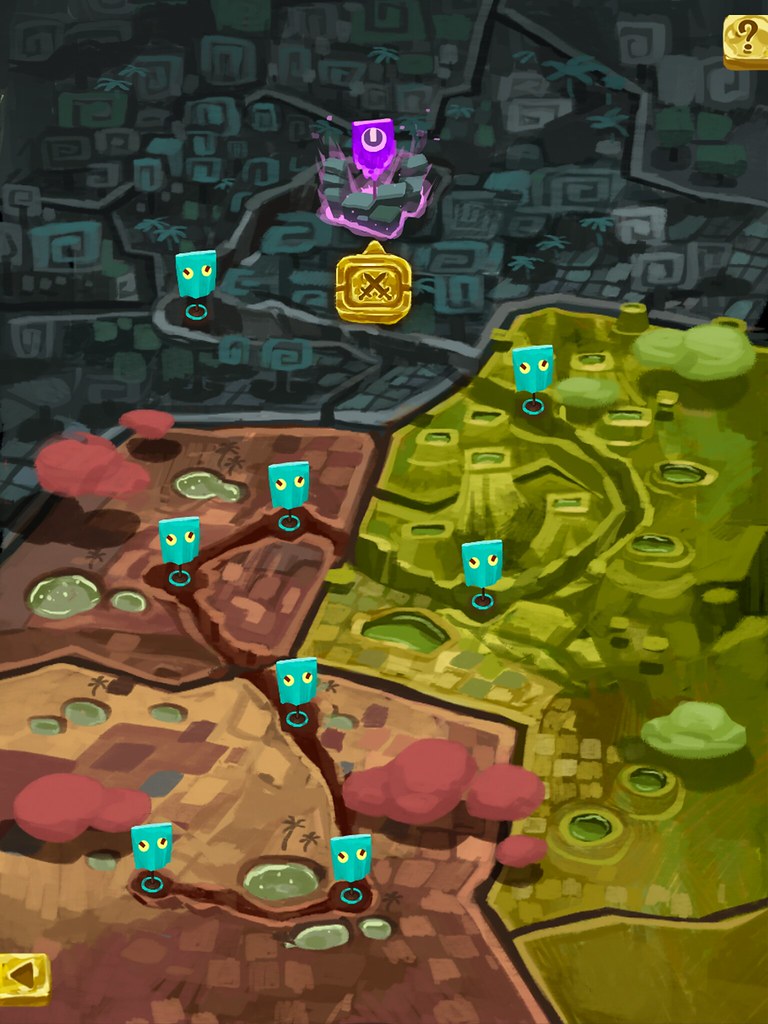 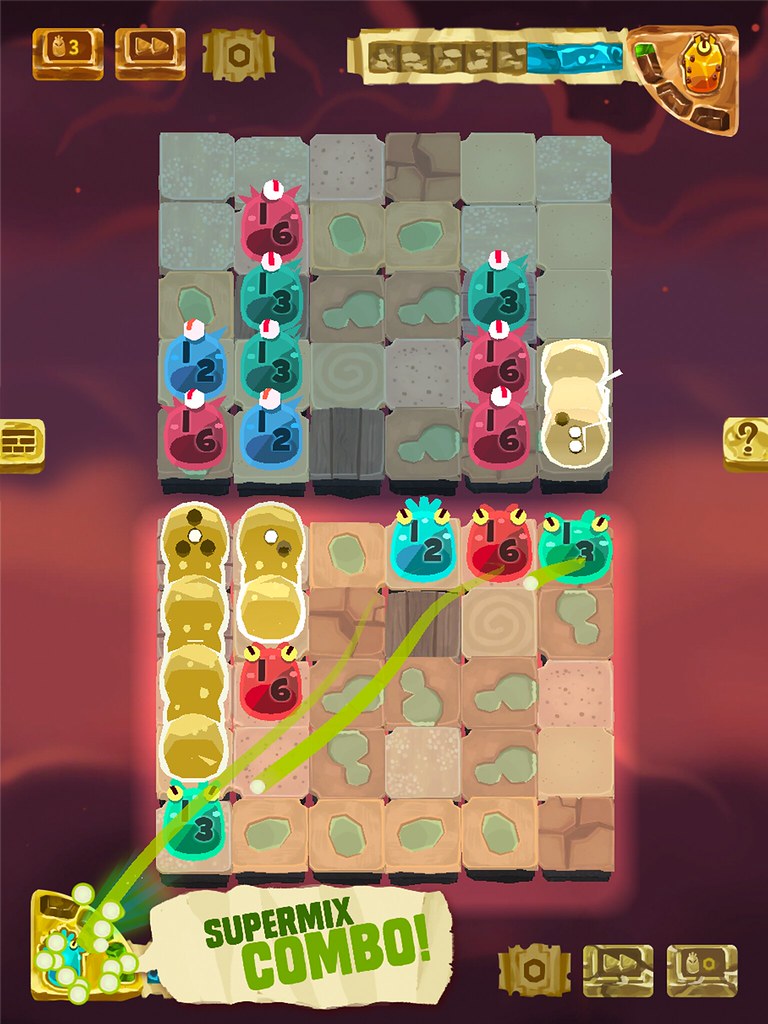 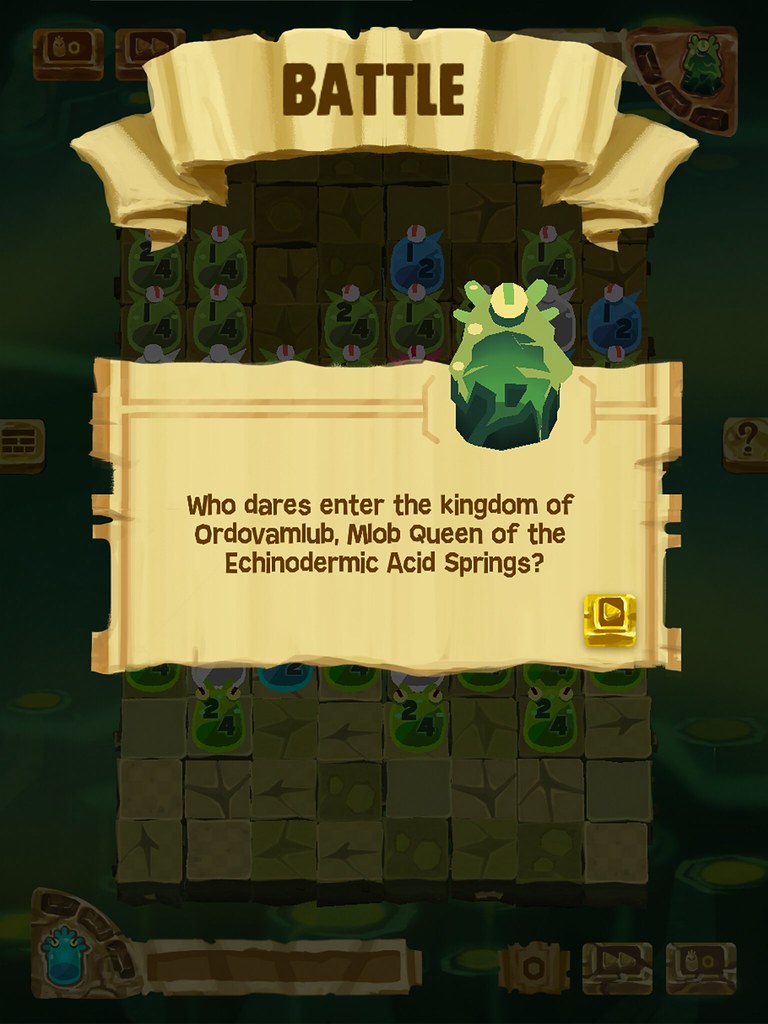 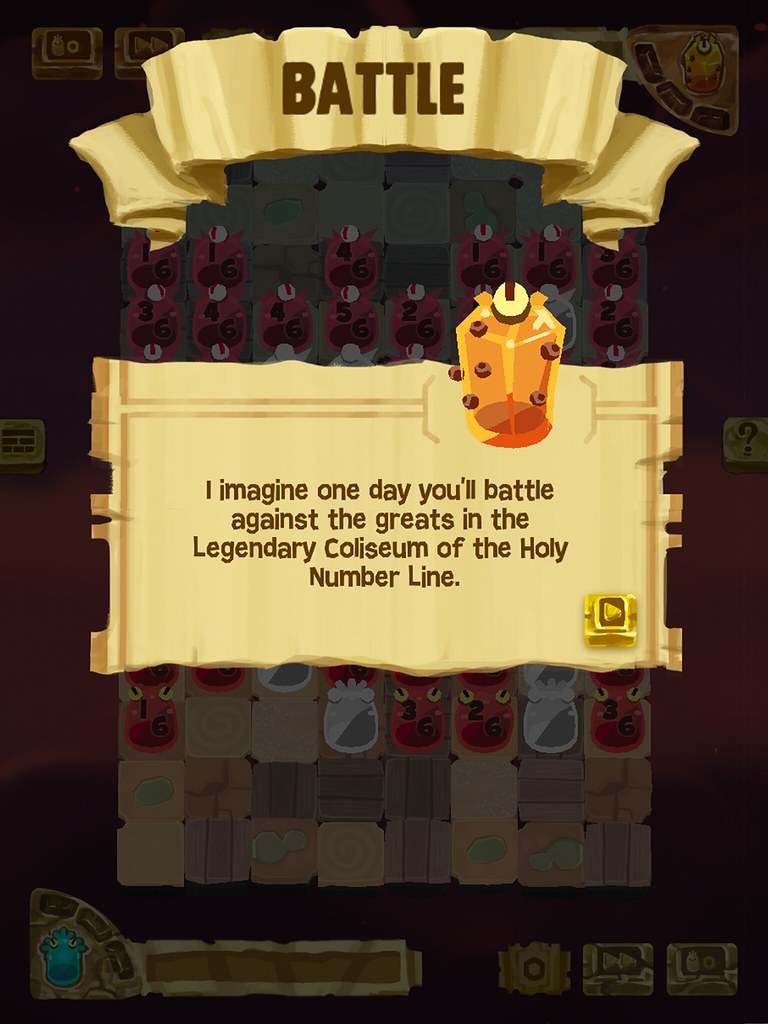 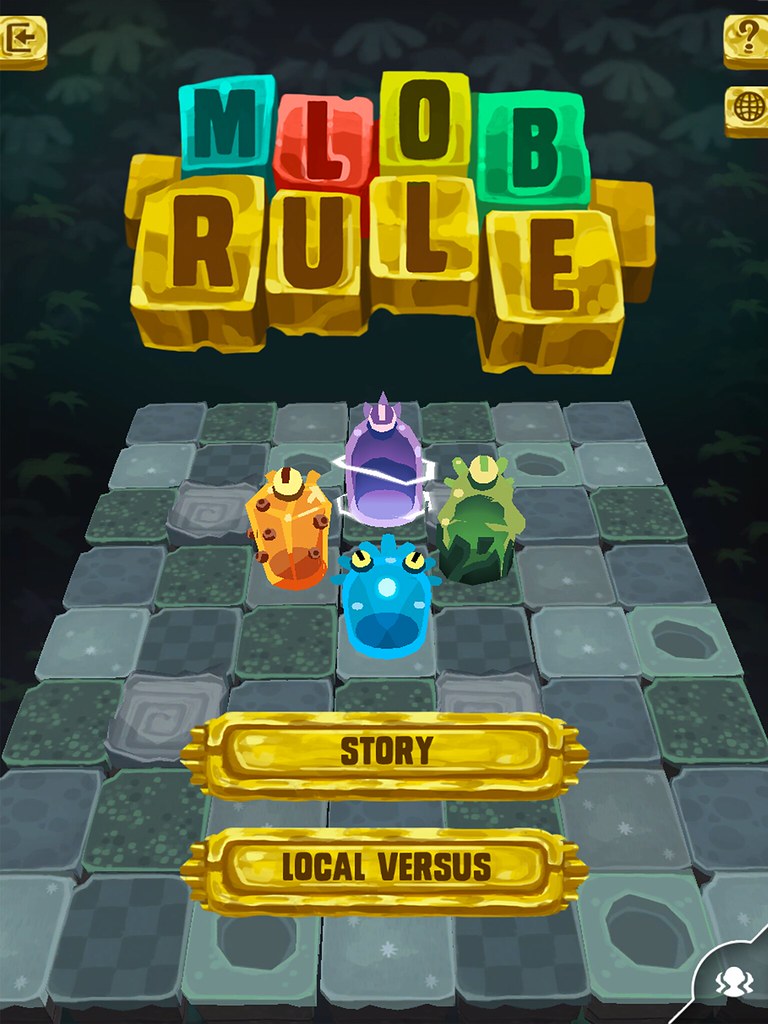 Play takes place in a grid-based world in which the competing Mlob tribes face off in battle. As the player creates whole numbers from their Mlob fractions, they become charged attacking formations or defensive walls. The longer and more complicated the fraction combination, the quicker the player can build up their ‘special attack’, tipping the battle in their favour.

The campaign modes takes the player on a journey across Fractopia, fighting one Mlob tribe after another. Battles begin simply, featuring fractions that share a common denominator on small battle grids. As the player’s competency increases, so does the complexity of the challenge, with later levels featuring mixed denominators and numerators on expansive grids.

The game was developed in conjunction with Amplify’s resident math experts, and was regularly tested with the target audience in a series of formal and informal workshops.

Mlob Rule has been rolled out into a number of US schools as part of the Amplify pilot programme.